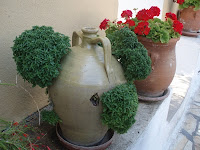 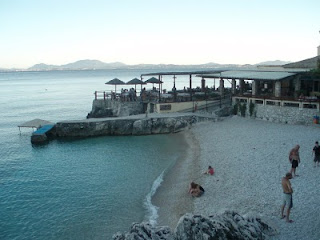 A lovely post. I smile because it could be my old home town he describes. Harwich with the beach huts and rain, ah memories.

I now live in Cyprus and live as you described your holiday. A drop of rain would be welcome, we haven't had any since April.

I have read L Durrell's Bitter Lemons of Cyprus, but never read Gerald Durrell. I will look out for his work, thanks for the review.

Oh I read that book a long time ago and loved it! So glad you had a fantastic holiday, I bet you're raring to to go now. No?

Glynis - I hope you enjoy it when you read it - I'm pretty sure you will! We were actually looking at going to Cyprus before we settled on Corfu for our holiday. It was the relative greenness that swayed us. Have you had any rain yet?

On the Paphos side it is green and lush in April, May and June.

Hi Doug - glad you enjoyed it. I've read your article: looks like you fell under the spell too!