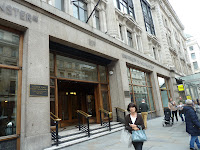 What Are Publishers Looking For? Well, you can't resist a title like that, can you? If only we knew! This was the title of the session I attended after the coffee-break on Day 1 of the Conference. Jade Chandler and Laura MacDougall of Hodder talked about trends and expectations - this was all enlightening, exciting and sometimes daunting. They talked of the timeless (hah!) appeal of certain periods of history - the Romans, the Wars of the Roses, the Tudors, the Restoration - but also how certain eras have been, historically, (hah again!) a hard sell - the Georgian period being one. In discussion, we all groaned in sympathy with the writer who told us she'd submitted her book to various agents and one had loved the writing but didn't think he/she could sell it, because of the period it was set in. Oh dear me. Ironically, Jade and Laura had also pointed out that there's such a thing as 'the Downton effect' - that TV, whether through dramas like 'Downton' and 'The Bletchley Circle' or book-programmes like Richard and Judy's book club, has a knock-on effect. People submit post-war dramas or beneath-stairs sagas because a fashion has been created and is sustained by writers tapping into it. Still, as writers are constantly told to write what's in their hearts and that if the writing's good enough it will be published, while at the same time being reminded of trends and market-forces like these, it's small wonder we become confused!

So, what do publishers want? Well, they want concept, as I mentioned in my first report on the Conference. They want the zingingly economical pitch-phrase that they can sling at the in-house marketing folks before it becomes the hook to sell the book. They want the same but different - they always have. They want the fresh voice and the fresh angle, but the paradox is that the angle needs to be easily comprehensible as a marketing definition. The book needs to offer something that's different from the other titles on their list, it needs to have strong dialogue (always a challenge in HF) and a great character who drives the story and with whom the reader can feel involved.

Laura talked of reading-group appeal: she likes books with issues for debate, well-written yet accessible and thoughtful. This is the sort of fiction for which the patronising term 'lit-lite' was invented.

Both Laura and Jade said cross-genre novels were a current selling-point, where you mash up more than one genre, (Abraham Lincoln, Vampire Hunter, anyone?), citing an upcoming novel featuring a time-travelling serial killer. SF + thriller + HF! Cue various writers in the room face-palming - now why didn't I think of that! 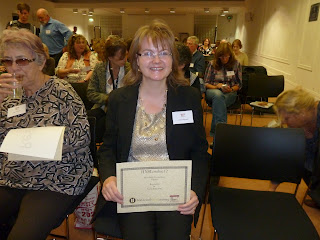 After lunch, it was time for the presentation of the HNS Short Story Award - I'm delighted that I was one of the finalists, with my story Reputation. Such was the excitement of that, I'll need to check the name of the overall winner, as chosen by Ebury editor Gillian Green and literary agent Jonathan Pegg, and add it to this post later!

Reputation is a story I really loved writing and its events take place slightly later than the era my current novel-in-progress is set in. Reaching the Final of the Award was a great morale-boost. 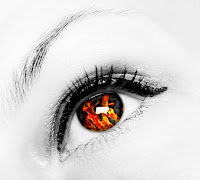 A reminder: next Wednesday, 10th October 2012, is when bookings will close for my next Fictionfire Focus Workshop, I Need a Hero, on 13th October.
In the workshop we'll be exploring how to create believable and sympathetic heroes and heroines. How do we define heroes? How do we stop them from being too good to be true?
Full details of this and the other workshops in the series are at http://literascribe.blogspot.co.uk/2012_08_01_archive.html and on my website www.fictionfire.co.uk
Posted by Lorna F at 14:58

Hi Lorna ... good to know that publishers are so clear about what they want! Regarding the 'Downton effect' it seems difficult to chase something that is currently successful given how long it takes to write, edit, agent, sell and actually publish a book. By the time it's ready, a new trend will be established!

Absolutely, Mary! This was one of the points the editors made at the time, actually, though I forgot to bring that in. But it could be useful if somebody already has a Downton or Bletchley-type story ready to submit, I suppose.

Actually Early medieval or just medieval is becoming the new Tudors. It is very popular. The Handfasted Wife sales have been excellent too. The Swan-Daughter looks set to follow. This , however, was a concept. I took a famous event we all know from a different angle.

I hope you have entered this year's short story competition. Last year Beggar at the Gate was the winner. However, it was a hard call. The long list , never mind the short list was excellent. Good luck to all who enter this time.

Hi Carol, congratulations on the success of The Handfasted Wife - wishing you similar success with The Swan-Daughter. I haven't entered the competition ... yet! Time has really not been my friend this summer. x