The keynote speaker at the conference was Conn Iggulden, who paced about, wielding a microphone like a roving reporter from the front line of history. There are some authors who know how to work a crowd and he’s one of them: he was energetic, amusing and utterly engaging. He entertained us with anecdotes, including one of his father’s wartime experiences and one about a henchman of Al Capone’s – not only were these stories fascinating but they were there to illustrate an irony: coincidence, truly amazing coincidence, can happen in real life, but the writer can’t include it because it would seem so unlikely.

He talked about his path to publication and how when he wrote The Gates of Rome he had nobody saying to him ‘You can’t do that!’ He regrets including a healer in that book, though when I read it, I had no problem with it: it seemed consistent with that world. He’s keen to avoid vocabulary that would jar with the era – words like ‘silhouette’ for instance. His is ‘the George Orwell style of historical fiction’: simple, not ornate. He tells us that as a historical writer ‘Your duty is to do the research, as much as is humanly possible,’ particularly as people so often learn their history from fiction. However, he adds that ‘history has gaps and it is the job of the historical fiction writer to fill those gaps intelligently.’

One of the best moments in his presentation came when he asked the perennial question ‘Did Richard III kill his nephews?’ and a lone voice from the crowd called out ‘How long have you got?’ The point, of course, was that no matter which resource you lean on, no matter how considered and reinforced your theories, somebody is bound to disagree.

You could tell that Conn had been a teacher – and a good one, I’d assume. He was pitching to his audience, he was articulate, he balanced anecdote and point, he was personable and he radiated unextinguished enthusiasm.

And yes, I bought his book, the second in his Wars of the Roses series, Trinity, at the book signing afterwards!

We could select the final session before lunch from a range of really interesting topics, which made it a hard choice! I went along to a discussion of the relative richness of long-ago lives compared to ours, which featured Elizabeth Chadwick, Jerome de Groot and Elizabeth Fremantle. Jerome referenced Hilary Mantel as having said that we clean up the ‘obscenity’ of the past, which led to audience discussion of how too often when we read HF we feel modern characters and attitudes have been ‘parachuted’ into the past.

Elizabeth Chadwick said the HF writer is ‘the bridge between the past and readers’ and that it takes a ‘heck of a lot of research to make it organic’. I follow her on Facebook, where she posts fascinating images of books in her reference library or objects from the Middle Ages (some of which are truly exquisite): I feel she’s very generous in inviting her readers to share in that organic process of discovery and reconstitution. She says she’s ‘never not researching’ – and I believe her! All the same, she stresses it’s not about research for research’s sake: ‘if it goes in the novel it has to have a reason’. Story has primacy. 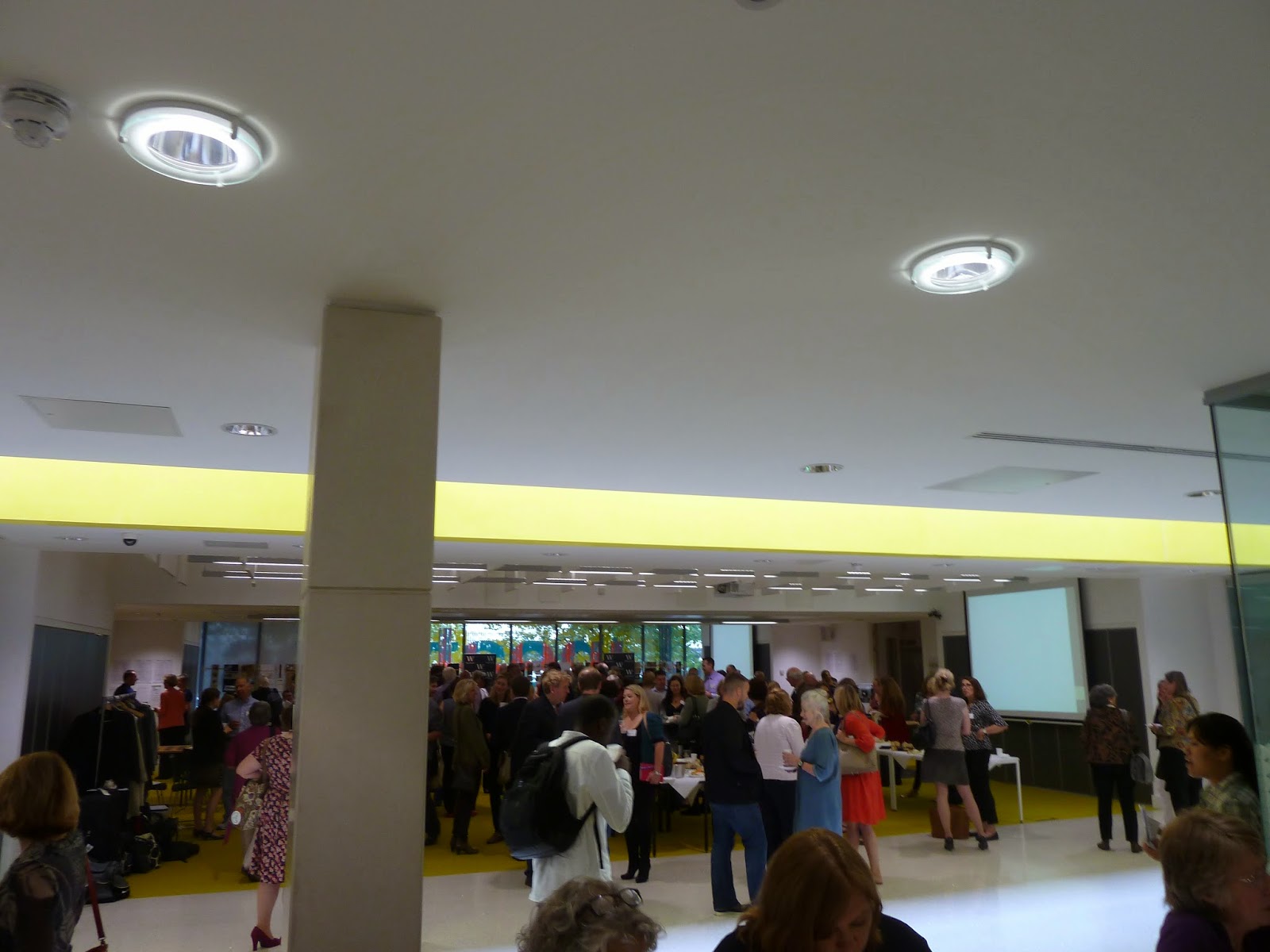 Elizabeth Fremantle said that what makes HF so compelling is that the characters have so much to lose, so much to risk, in eras of war, persecution and gory methods of execution: ‘the high stakes make for an extraordinary tension in HF.’

(A short post today because I’m fighting a nasty wee virus – but more to come!)

Here's the link to my previous post about HNS London 2014.

My upcoming season of Focus Workshops for writers, from October to December, is here.
Posted by Lorna F at 16:46

Lorna .. what a wonderful description of Conn Iggulden's presentation. I loved his anecdote about Easy Eddie - in fact, I loved the whole presentation. Not that often that you find someone who combines both writing and speaking talents.

Thank you, Mary! I could have listened to him all day ...