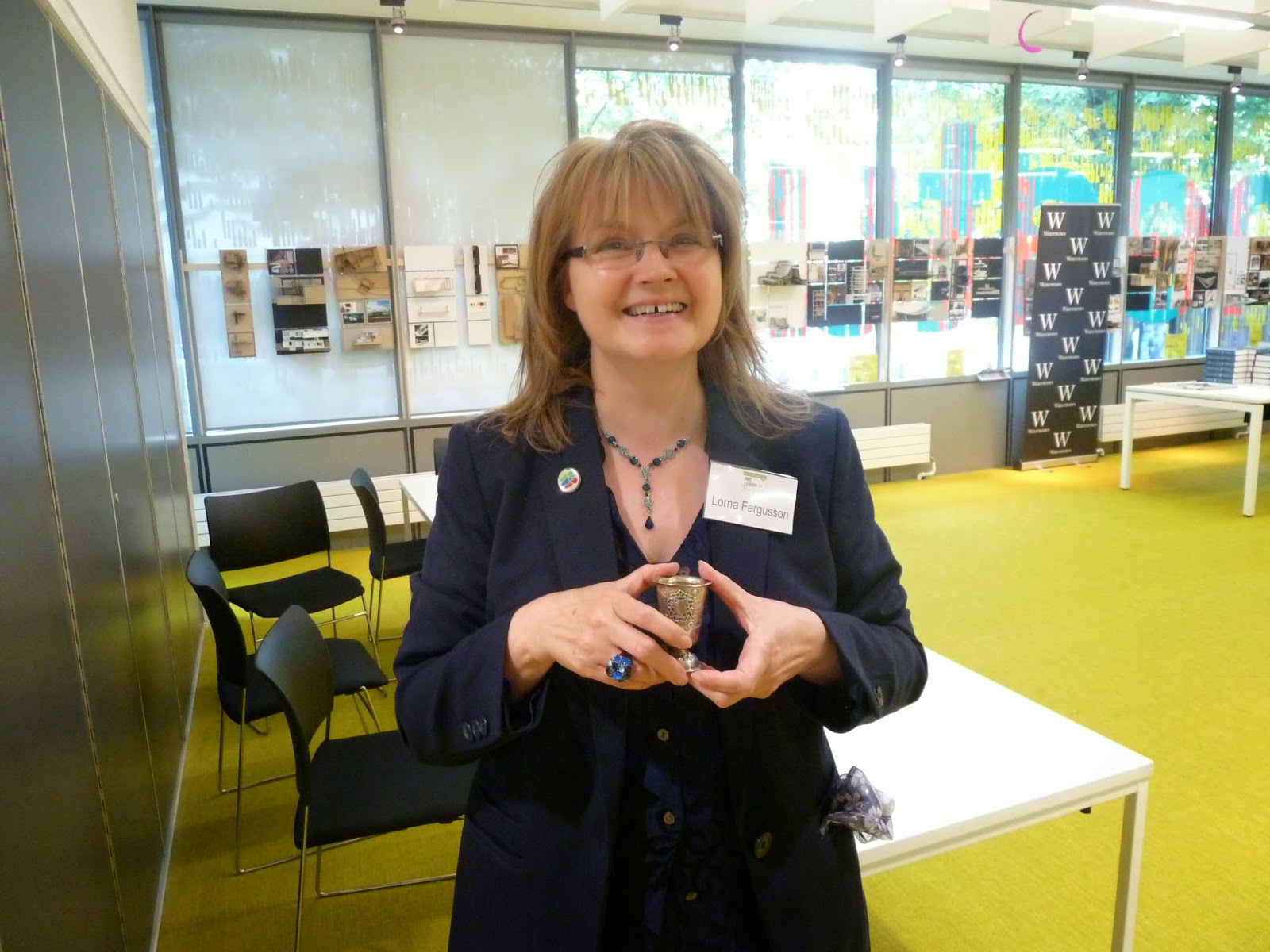 The first afternoon event on Saturday 6th September was the giving out of the Conference Short Story Award. At HNS London 2012 my story ‘Reputation’ reached the longlist – later published in the e-anthology The Beggar at the Gate. This year I entered very late on, at the end of a challenging summer, so it was enormously gratifying to make the longlist again with my story ‘Salt’. How much more gratifying, then, to actually win! People afterwards asked ‘Did you know in advance?’ Well, if you take a look at the Society’s photo on the Conference website you’ll see that I’m wearing a bemused rabbit-in-the-headlights expression, so no, I definitely didn’t!

‘Salt’ was a satisfying story to write – I had racked my brains as the deadline approached, searching for an idea, the idea. It’s set during the Great War, but it’s not a war story as such. It was triggered by a single sentence, something my grandmother said to me when I was a child. So it’s based on fact but is, of course, embroidered. I started out with that sentence and wrote with only a vague sense of where it would go, but partway through and without my having planned it, the way to end it arrived with an almost audible ‘click’ in my head. It felt totally right. Especially the final word …

Thank you so much, readers Carol McGrath, Charlotte Betts and Ouida Tafe and judge Ian Skillicorn, for picking me! I look forward to reading all the other stories, if another anthology is published. (Here’s the link to the competition results and all the stories reaching the top twelve, including ‘The Man with No Hands’ by Anne Aylor, who came second and ‘For Love of Megan’ by Mari Griffith, who came third.)

The Award presentation was followed by a panel debate, ‘My Era is Better than Yours’. Philip Stevens chaired an often hilarious discussion of the merits of various historical periods for writers. Favouring the 12th century, Angus Donald writer of a series about Robin Hood, declared that ‘this is the era in which the love story was born’, which was a slightly unexpected claim, really, given that he writes about an outlaw and having been a journalist in locations like Afghanistan is well-used to describing acts of violence. Of his hero, he said ‘There’s an internal logic to his actions and that’s more important than likeability.’ ‘If you’re the leader of a gang of criminals in the Middle Ages,’ he added, ‘you’re not going to be a cream puff.’

Giles Kristian is certainly no cream puff, if his assertion that he has ‘a very big axe’ is to be believed. The debate dwelt quite a lot on violence and the size of people’s weapons – one of Giles’ main characters commits rape because that’s what a warrior in his historical context would have done, in all likelihood. Giles sets his stories in the Viking era and also during the English Civil War. The former, he says, gives him more freedom because ‘the history of the period doesn’t get in the way’. That history, indeed, was recorded ‘by the losers’. When he writes about the Civil War, he’s concerned not to ‘chronicle’ it but to let his characters ‘inhabit’ that world.

Harry Sidebottom, advocating Ancient Rome, said that the Greeks had ‘invented extreme violence and love’, pre-empting both the Vikings and the courtly lovers of the medieval period. In the opinion of a colleague at Oxford University, Harry had chosen the 1st century AD because it was ‘so obscure nobody can prove you wrong’. He referred to Mary Renault saying that the tension between what’s specific to a time and place and what is universal is what makes historical fiction work.

Susannah Dunn spoke up for the Tudor era: she’s fascinated by Anne Boleyn and loves the Reformation – ‘it made us who we are’. She enjoys the ‘soap opera’ element of the Tudor period, with lots of ‘big women’. She likes to ‘bring a modern sensibility’ to her characters because although they lived long ago, she’s ‘drawn to the similarities’ between us and them.

Finally, Antonia Hodgson advocated the Georgian period. She is a publisher as well as writer, so she knew before she started that the Georgian period doesn’t sell well, but, as she says, ‘if something isn’t what interests you, why write it?’ She described how she loved researching the era, how research throws up stories – including the enormous amount of ‘vomiting in corners’ the Georgians did. She found the era ‘almost more modern than the Victorians’ with the pamphleteering, the irreverence, the bad behaviour. She echoed Susannah, saying that what is striking is ‘how much we’ve changed and how little we’ve changed.’

So, from big axes to big women, from cream puffery to courtly love, from violence to vomiting – find the era that speaks to you, find the common humanity, track down the quirky research facts that trigger story and make it live!

My upcoming season of Focus Workshops for writers, from October to December, is here.
Posted by Lorna F at 17:27