Well, the gods are smiling on the Oxford Literary Festival once again, with stunning spring weather to emphasize the beauty of the location and encourage visitors all the more. My Festival experience started on Saturday at the Sheldonian Theatre, where Philip Pullman, J.D. Sharpe and Christopher Edge engaged in a discussion of the legacy of Dickens. This was chaired by publisher Marion Lloyd, who is herself a descendant of Dickens and is the mother of Harry Lloyd, who played the role of Herbert Pocket brilliantly in the recent TV series of Great Expectations. 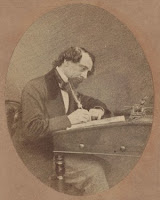 We learned that Dickens spoke in Oxford in 1859; not at the Sheldonian but at the Town Hall, after which he reported 'Oxford came out brilliantly'. I wonder whether the audience was more Town than Gown - after all, Dickens' showiness and commercial acumen might well have led Oxford academics to conclude he was 'not quite the thing' ...

All three writers were asked how they came to read Dickens and what influence he had on their work. Philip Pullman, who has written what he calls 'old-fashioned blood and thunder' Victorian mysteries in the Sally Lockhart series, discovered him via Classic Tales, illustrated versions he came across as a boy, so his was 'an experience of the pictures as well as the words.' J.D. Sharpe, who has written a children's book called, delightfully, Oliver Twisted ('Please sir, I want some gore!), came to Dickens through seeing the musical Oliver! Christopher Edge, whose book Twelve Minutes to Midnight features Bedlam, madness and the supernatural, had first discovered Dickens via that very fine movie The Muppet Christmas Carol. We all chuckled - but actually, my kids and I love that film and Michael Caine's portrayal of Scrooge is one of the best there's been!

Discussing Dickens as a writer, Philip claimed that Dickens 'created the Victorian age' in the sense that the images we have of that era - the gaslight and cobbles, the sentimental Christmases, the ghosts and the social messages - come from him. We can also picture that time so well because of the invention of the photograph, so we have 'an experience of the pictures as well as the words.' He drew attention to Dickens' 'sense of the ridiculous' - that even in the darkest books humour is present. Christopher Edge had read his Night Walks, with its description of dreamers being like the inhabitants of Bedlam and this led him to write a story with strong Gothic elements. J.D. Sharpe had also been drawn to the supernatural and to the fact that for her, London 'is the main character' in so much of Dickens' writing.

They talked about writing methods - the rituals writers need to follow, all of which are individual to them. J.D. Sharpe likes to write in the early morning, and has playlists of music of different types to suit the different parts of the story: she finds silence 'too loud'. Philip cannot write to music as he needs to hear the music of the sentence he is composing in his head. Christopher Edge also needs silence. He writes in longhand and then transfers it to computer. Marion Lloyd pointed out that such was Dickens' drive and industry he was often writing two books at once: one in the morning, one in the afternoon. Ouch. He described his ordered desk (if I remember accurately) as ' a thin crust over a boiling imagination.'

Christopher has taught in a Sheffield comprehensive school, where his most frequently-used phrase was 'Put the chair down!' He said 'I don't think we should grind people through books - I think we should tempt them.' Absolutely. Before writing Oliver Twisted,  J.D. Sharpe had overheard people in a bookshop talking excitedly about that notorious mash-up novel Pride and Prejudice and Zombies: in her novel, Oliver is drawn into the world of the undead, the 'woe-begotten'. Her story was given to a class of children for comment and she said it was interesting how some readers loved it and others were genuinely annoyed that she had tampered with the original. When asked whether she'd be writing any other twisted Dickens stories she said no, although someone had volunteered the quite marvellous title 'Zombie and Son'!

So, all in all, even though he's two hundred years old, Dickens is still kicking!

Look out for further Literascribe reports from the Festival.

Whether inspired by Dickens or not, do you want to tell a tale? Unlock your writing potential at my upcoming series of four Fictionfire day courses at Trinity College, Oxford in May.

This is just to remind you that the Early Bird discount price for my four Fictionfire day courses in May will expire on Saturday!

These four inspiring courses are designed to take you through all the stages of writing your book, from first idea to first sales.

On May 19th, Write It! will cover all the elements of composing your story, from finding ideas to finishing your first draft.

On 20th May, Edit It! will teach you crucial techniques for polishing and presenting your work effectively.

Join us on Publish It! on 26th May to learn how to set and achieve your publishing goals, whether you choose a traditional or independent route to publication.

Follow it up by learning how to let the world know about your book once you've written it: Market It! on May 27th will show you all the exciting online and offline opportunities for authors to publicise and market their work. 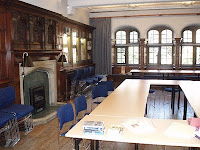 I'll so happy to announce that I'll be joined by Ali Luke of Aliventures.com and Joanna Penn of TheCreativePenn.com for Publish It! and Market It! The  courses will be held in the beautiful Sutro Room at Trinity College, Oxford. The Early Bird price, until 24th March, is £75: full details of the courses, speakers, location and how to book are on my website: www.fictionfire.co.uk. 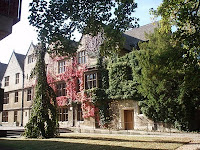