Winchester Writers' Conference 2013, Oxford Summer Schools and being published - quite a summer! Part 1


Summer 2013 has been anything but relaxing - but it's certainly never been boring! it started with the University of Winchester's Writers' Conference where I taught a masters' course on heroes and villains and gave a talk on self-editing which was very well attended. I've been going to Winchester for many years now and I've seen huge changes to the site along the way. This year was no different: new buildings continue to spring up impressively on what is after all a congested hillside. I taught in the new St Alphege Building and stayed in one of the new halls of residence - so new, in fact, that the approach steps hadn't been built! My first en suite year at Winchester, actually, which was great - it's many years since I was a student myself and shared facilities down the corridor were a tolerable option! 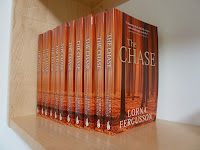 The conference, as I've said before, is as much about networking as it is about teaching and being taught. I met up with old friends - Sally Spedding, Adrienne Dines, Sophie King, Denise Watson - and met new ones like Della Galton. Not only did I teach, but I had the opportunity to sell The Chase: I'd just got it out in paperback in time. David Simpson of PG Wells was kind enough to sell it at the conference Book Fair. The rise of self-publishing as a valid means of reaching a readership continues: Amazon had a stand, writers were welcome to show their books and chat about their publishing experience on the 'red sofa', or at the Writer's Shed stand. There was a great atmosphere of curiosity and mutual support and interest - a real buzz.

As the pace was relentless throughout the weekend, I only attended the plenary talk, which took the form of a Q and A session with Julian Fellowes and his wife Emma, called 'We Do Not Know Anything More than You Do'. Julian's answers were full and exuberant, and didn't leave much room for all that many questions, given the very limited time available. His main message was the same as William Goldman's famous aphorism: 'Nobody knows anything'. He reviewed his own passage to mega-success with Downton Abbey - his career a demonstration of the central alchemy of success: a mix of hard work, perseverance, self-belief and good fortune. 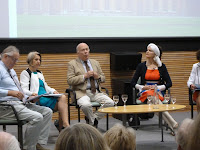 His advice to writers was to hold on to your vision. He warned that writing gurus like Robert McKee will end up making you write like everyone else. He remembered an agent telling him to put his script for Snobs in the bin - it sold in 47 countries. He learned that 'the more you try to make the show that everyone will like, the more you make the show that nobody will like', so you should 'make the thing that you will like.'

He is self-disciplined: long ago he made a rule for himself that he would never let 24 hours go by without doing something to advance his cause. He told us 'tenacity is the key factor' and that 'the person for whom your career is super-important is you'. He revealed that writing a screenplay is 'a war of attrition' so you seek an ally, a director or producer 'who wants to make the same film as you do'. He demonstrated the luck-factor, telling us how his Oscar-winning screenplay for Gosford Park came about because Robert Altman couldn't find a writer for the film, then somebody happened to mention his name ...

He quoted actor Albert Finney as saying 'if you've got it, they'll find you', which is enormously reassuring, something for writers to cling to, even if it is perhaps an illusory comfort!

Julian's was a bravura performance, to which his wife made acerbic and witty contributions - especially when describing how she reads his work. Time ran out - plenary speeches at Winchester are always time-challenged! Over the years I've listened to some great writers/entertainers on that platform - Terry Pratchett, Jacqueline Wilson and Michael Morpurgo among them - people with a charismatic combination of industry-knowledge, wit and passionate love of their profession. They come with love of story welded into their DNA. They pronounce from on high, but have experienced the lows. They entertain and inform, sending their audiences away both humbled and elevated.

There was a bittersweet tone to this conference too, because this was the last year to be presided over by Barbara Large, its founder and director for 33 years. Barbara has never lost her enthusiasm for helping what she calls her 'family' of writers. I first met her when, as an unpublished writer seeking the support of a community of writers, I attended the conference back in the 90s. In 2000 she invited me to give a lecture, followed by mini-courses in the years to follow. The closing dinner of the conference was a time for celebration of all she has done, for gratitude and appreciation, for tearfulness - we all wish her happiness in the future and we all know that, whatever else she does, it will involve writing and writers!

I returned to Winchester on the Tuesday after the conference, to run an intensive day workshop called Plot, Polish, Pitch and Promote - the title says it all! (Scroll down for more photos of the conference)

In part 2 of this post, I'll describe the summer schools I taught and how I made it into print three times this season.

The autumn/winter schedule of Fictionfire Workshops is on the website here: titles are Get Inspired, Stay Inspired; Let's Get Spooky; Plotting - What's at Stake?; Share and Support; Spiritual Journeys. In addition, Dr Pauline Kiernan will be guest-tutoring an exciting day course, Screenwriting Techniques for Novelists, on October 19th. I'll also be running my very first Simply Write Retreat on November 9th. The first workshop is on October 5th and booking for that closes on October 2nd. Full details of all of these and how to make your booking are at www.fictionfire.co.uk. 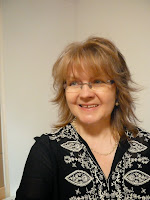 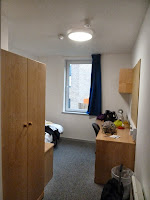