Rather unbelievably, it’s time for my annual follow-up post on the Winchester Writers’ Festival, where I gave a lecture on self-editing and a day course on building character. There was the usual buzz of creativity and connection as writers milled around, attending readings, talks, courses and one-to-ones with agents, editors and writers like myself.

What do writers talk about at events like this? Well, their writing, of course, their hopes and their struggles, their frustrations and their triumphs. All of this against the backdrop of the annual review of the State of Publishing. We listen to those in the know, those in the trade – but also those in the independent sphere. Both schools of publishing practice have learned to co-exist fairly amicably, really. Perfection doesn’t exist on either side: indie authors sometimes haven’t taken on board the need for professionalism in presentation and content. Trad publishers are often way behind the times in their view of the indie world. But, catching up has been done, on both sides.

Every year the Festival officially opens on Saturday with the Keynote Speech. This year featured Meg Rosoff, with a quirky Powerpoint sequence behind her, discussing the nature of ‘voice’. This it turns out, is your ‘DNA’ as a writer. It’s your individual personality in words. It takes some finding and developing. When found, it creates that state we all seek and sometimes achieve:  the zone, ‘writers’ magic’, the state where you tap into your true self and meaning, where inspiration and expression fuse.

In case this all sounds a bit airy-fairy, let me assure you that Meg was sharp as a tack, cynical, acerbic and total fun. She introduced us to the wonderful German word Durchlässigkeit, which means ‘throughness’, for that sense of a perfect flow of energy between conscious and unconscious mind. The term comes from dressage, referring to the harmonius co-operation of rider and horse. She said that a wall exists between the conscious and the unconscious and it’s up to us to establish and encourage connections: ‘If there’s a wall, you won’t get resonance.’

Meg went on to stress that we need to access the ‘dreamy state’ by such practices as morning writing, when ‘the brain hasn’t closed the bridge’. She herself waits for her books to come to her and tell her what their meanings are, what their resonance is. This is a process you can encourage but not force: ‘Sometimes you need to wait for the brain to be ready.’ If you want to home in on what is important to you, storywise, she recommends you to consider the turning points of your life and what they meant to you. 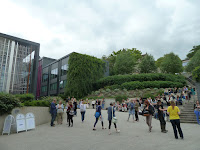 Throughout her speech the audience responded with laughter and murmurs of agreement: she really spoke to us, part-reassuringly, part bracingly. It was clear that writing – which she came to at the age of 46 after a rocky career in advertising – was as frustrating and rewarding to her as it is to the rest of us. She described the months when the book won’t come, the glorious breakthroughs of meaning, the buzz of inspired productivity. She spoke to an audience resonating to her message.

I came away struck in particular by one thing she’d mentioned: early in her career she’d written a pony book, which was no good, she claimed, but which got her an agent. Her agent said, ‘There are no rules. Write as fiercely as you can and I’ll find someone who will read it.’ I loved the idea of fierce writing – and the idea of a champion who would fight for that writing to be read.

A couple of hours later I was meeting writers for one-to-ones in a room full of agents and editors, all listening to pitches, all responding to dreams and aspirations in a world that is commercially hard-headed and has always had to be. Yet I know that in that room, a writer or two will have fired up an agent or an editor with enthusiasm and months down the line we’ll hear of the book deal and the dream fulfilled.

Keep crossing that bridge into your inner life and self. Keep writing fiercely. Keep trusting that out there is the agent or editor or reader who will look at your work and ‘get’ it and champion it. 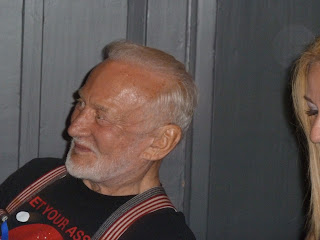 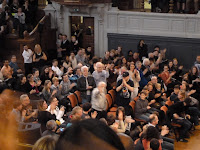 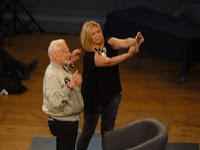 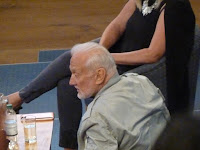 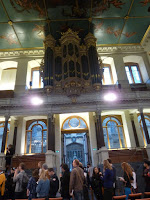 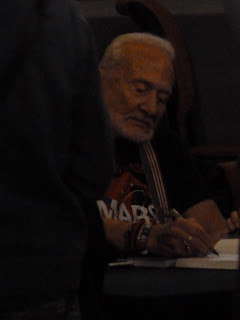