Why Every Self-Publishing Author Needs an Editor 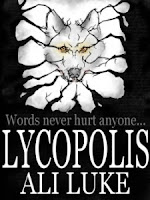 Over the past couple of years, self-publishing (often called “indie publishing”) has finally become a legitimate option for novelists. With big time authors like Jackie Collins turning to self-publishing – plus previously-unknowns like Amanda Hocking and John Locke becoming hugely successful – you may be making plans to self-publish your own novel.

Inspired by Joanna Penn’s experiences with indie-publishing, in 2011, I brought out my first novel, Lycopolis, as an ebook; I’ve just released it as a print-on-demand paperback too. One critical part of my plan was to get the book professionally edited. (By Lorna, who did a fantastic job; you can find her editing services on her Fictionfire site.)

Here’s why you need an editor if you’re going to self-publish.

You Want Your Novel to Be as Good as Possible

In the fast-paced world of ebooks, print-on-demand, blogs and social media, it might well feel like you’re already behind. Maybe you’ve watched, a little enviously, as other authors have pumped out book after book and found success.

However tempting it is, don’t decide that your manuscript is “good enough” and put it online during a free weekend. You want your novel to be as good as it can possibly be, before you launch it to the world. Yes, it’s relatively easy to update an ebook or print-on-demand book – but you really want those first few readers to love your book. (That way, they’ll write reviews, tell their friends, and help you get the marketing ball rolling.)

I know that Lycopolis wouldn’t be receiving nearly such a good reception without Lorna’s hard work. She suggested cutting the manuscript considerably; in the end, I cut it down from 135,000 words to 85,000. “Fast paced” has come up in a lot of reviews and comments, and I know that’s thanks to her advice – the novel wouldn’t be receiving nearly such good feedback if it had stayed at its original bloated length.

When you buy a traditionally-published novel, you expect certain standards. If the latest Joanne Harris or Alexander McCall Smith book was full of typos and mistakes, you’d be justifiably annoyed. It’s hard to read through misspelt words, missing quotation marks, or characters whose names change mid-way ... these sorts of slips jolt you out of the story.

As an independent author, you’re in charge of both the writing and the publishing. If you do your job well, many of the readers who buy your book may not even realise it’s been independently published – so don’t expect them to cut you any slack.

I’ve read lots of great self-published novels. I’ve also read a few that could’ve been great, but that had distracting mistakes (from stylistic slips to misspellings). I know how hard it is to get everything right on your own – which is why it makes so much sense to hire an editor.

You might worry that the investment in editing isn’t going to be worth it: after all, can’t you just get a few friends to look over your manuscript? In the indie publishing world, you’ll often hear authors talk about their “beta-readers”. These people play a role a little like beta-testers in the software industry, checking out a pre-release version of a novel for any problems and offering feedback.

Beta-readers do a fantastic job, and I’ve had hugely valuable feedback from mine (two writing groups). They can usually help you spot any major problems, like plot holes, or inconsistent characterisation and style. On a micro level, eagle-eyed beta readers may well pick up on typos, spelling mistakes, and factual errors.

However ... beta-readers aren’t generally professional authors or editors. It would be unreasonable of you to expect them to spend the same amount of time on your novel as a paid editor would. You may well be showing your novel to them piecemeal, if you belong to a writers’ group, making it hard for them to assess overall issues like structure and pace. While their feedback is very valuable during the drafting process, it doesn’t replace the need for a keen editorial eye once you reach your almost-final draft.

Whatever stage you’re at with your work-in-progress, think about how you might invest in editing. If you can’t afford to pay to have the whole of your magnum opus edited, you could get the first three chapters critiqued. (Even if you don’t decide to go down the self-publishing route, professional editing could make the difference between a polite “no thanks” from an agent and a request for your full manuscript.)

Having my novel edited gave me the confidence to publish it, knowing it was as good as it could be. I’m thrilled now to be getting reviews that make it really clear to me just how valuable that editing was. 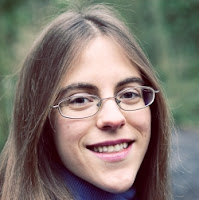 Ali Luke is currently on a virtual book tour for her novel Lycopolis, a fast-paced supernatural thriller centred on a group of online role-players who summon a demon into their game ... and into the world. Described by readers as "a fast and furious, addictive piece of escapism" and "absolutely gripping", Lycopolis is available in print and ebook form. Find out more at www.lycopolis.co.uk.

Do you want to hear Ali speak in person?

I'm delighted that Ali will be joining me, along with Joanna Penn of The Creative Penn, for two information-packed day courses I'm running at Trinity College, Oxford next month. The first is Publish It! on the 26th May - we'll be helping you to set and achieve your publishing goals: do you want to pursue a traditional route to publication or do you want to publish independently? There's never been a more exciting time for writers, with the freedom to choose from a variety of avenues to publication, but this variety can seem overwhelming. I'll be talking about mainstream publishing and Joanna and Ali, as successful independent publishers, will share their personal experiences and the lessons they've learned along the way. We'll  give you a wealth of  practical advice to help you make the right choice for you and to maximise your chances of success.

On 27th May, the course is titled Market It!: we'll be sharing advice and information about how to publicise your work, whether you've opted for the traditional or independent route. We'll explore all the online and offline opportunities open to you to connect with readers and spread the word. It doesn't matter how wonderful your book is, if no one knows it exists it's going to languish in obscurity. We'll show you how to bring it out into the light.

Of course, you can neither publish nor publicise unless you have a book written and in the best, most polished state for bringing to a readership, so during the weekend of 19th and 20th May, I'll be running Write It! and Edit It! which will teach you how to construct your novel and then revise it. Full details of these courses, the speakers and the venue can be found on my website here.

Discounts are available if you book more than one course.

Don't leave it too late to book! Booking for Write It! and Edit It! will close Thursday 17th May and for Publish It! and Market It! on Thursday 24th May. If you have any questions do please contact me at info@fictionfire.co.uk or call 07827 455723. I do hope you can join us!

Lorna, thanks so much for hosting me here on literascribe (and thanks too for all the editing you did on Lycopolis...!) :-)

You're very welcome on both counts, Ali! Good luck with Lycopolis!

Thanks Ali for a great post, and I've bookmarked your blog, Lorna!

I totally agree that investing in an editor's services is worthwhile. I've uploaded two ebooks to Amazon, but wouldn't have had the guts to do so had they not been 'under the wing' of a literary agent for a while who helped me get them as polished as they could be. When I decided to self-publish, I also paid a professional proofreader to go through them.

I wouldn't be surprised if there were still a few typos in each one, but I think it's almost impossible for any book, whether traditionally published or self-published, to be 100% error-free - at least, I've never come across one!

Best of luck with Lycopolis.

Thanks so much for stopping by and for bookmarking the blog, Tasha! I agree that a totally error-free book is not to be found, but that what we have to do is try to get our books as close to that state as possible. I'll pass your good wishes to Ali.

Thanks Tasha! And I've definitely come across typos in major books published by big publishers. I think the frustrating thing about proofreading is that when you do a great job, no-one notices (and that's kind of the point...!)