I'm delighted to welcome author Marg Roberts to Literascribe to describe her route to publication and the challenges she met and overcame along the way. I'm full of admiration for how she has kept faith with her novel during its evolution and then the lengthy submission process - perseverance has paid off! 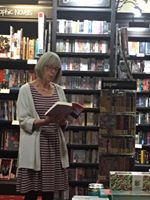 It has taken many years to reach the stage where I can hold the novel I have written in my hands. Part of the satisfaction relates to the time it’s taken- the classes and courses I’ve attended, the pages that have been critiqued – occasionally rubbished – and the life events that have disrupted the process. So my advice on how to keep writing is personal and not prescriptive.
Writing is a process of discovery, and like a good story, comes in a series of revelations rather than the waving of a wand at the last moment. Because I didn’t have a clear narrative or plot in mind when I began, but rather an idea I needed to develop, it took some time.
I was fascinated by the story of Flora Sandes, a woman who became a soldier in the Serbian army during the First World War. My first attempt at this novel alternated between the journeys of a Serb colonel and a British medic. Stefan wanted peace when other Serbs wanted to fight, but I couldn't discover a reason, so I concentrated on Ellen. After completing a full length novel about how she overcame antagonism from men within the army, and her personal repugnance at killing another human being, I wasn't satisfied. I wasn't satisfied that the character I described could actually shoot to kill and I changed her story. 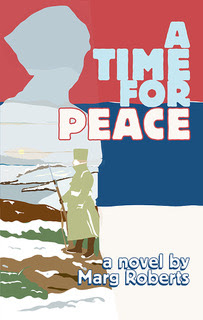 During this time, I was writing, developing my craft, researching not only Serbia during the First World War, but finding out about its history, its place in the Balkans, its religion, its way of living. I learned how its army was structured, the role of aid agencies during that war and eventually, from all this confusion and passion, emerged the beginning of a love story. Two separate ones, actually: Stefan’s and Ellen’s. I explore how their relationships, Stefan with his wife, and Ellen with her fiancé, were threatened by the experience of war.
Initially I expected to be able to earn money by writing. It became evident that I couldn’t write mainstream commercial fiction. Many writers of prose and poetry have to take other paid employment in order to do the writing they choose, but by the time I came to write, I had an occupational pension and my husband was still working, so providing ourselves with food and shelter wasn’t an issue.
This, I appreciate, is a luxury. Many squeeze writing in after work, when children are in bed, or as they travel to and from work. What we have in common is the compulsion to write. Because I’d worked regular hours, I used this structure as a template for my new career. I’d visit a café first thing in the morning so I was with ‘real’ people–that I made friends in the various cafés was a bonus. Each day begins with the practice of writing and reflection even if the rest of the day doesn’t allow for any more.
As I finished each novel (4 in all), I submitted them to competitions and eventually to agents. Doing so helped me both take myself seriously and polish each submitted piece. Was I toughened by this process? No. Each disappointment I experienced as failure, despite advice to see if I could reach 100 rejections and view each as a triumph of some sort. I met agents at conferences and publishing events and came to understand the business world they operated in. Nonetheless, the rejections hit hard.
The big chance for publication came when Jan Fortune at Cinnamon Press offered a year’s mentorship for writers with potential. Jan and her son Rowan wrote a comprehensive analysis of the novel and for the first time, a professional liked it. After a year revising and tightening the plot, Jan advised I submit to mainstream publishers because she believed the novel deserved a wider readership than Cinnamon Press might provide. For 18 months I submitted online, by post and ‘pitches’, but without success. As that process drew to an end, I entered a Cinnamon Press novel competition, A Time for Peace was shortlisted to the last five and I was offered publication in 2016. After a further year of editing scenes, by March this year, I was at the stage of proofreading.

On 18th October 2016, A Time for Peace was launched at Waterstones, Leamington Spa, in the company of family and friends. Jan Fortune introduced the novel in her passionate, inspiring way and with the help of Nigel Hutchinson, a friend, I read a couple of extracts from the novel. A Time for Peace was ready for its readers!

You can buy A Time for Peace via the Cinnamon shop here, and on Amazon.co.uk here, and at Waterstone's here.

A quick reminder - if you're interested in writing for teens booking closes next Friday (11th November) for Fictionfire's day course The Next Big Thing in Teen Fiction - Could You Be the One to Write It? with acclaimed author Julie Hearn. Julie talks about why she writes for teens here. Details of the day course are here.