Author interview - Bobbie Darbyshire: light and shade and a land down under 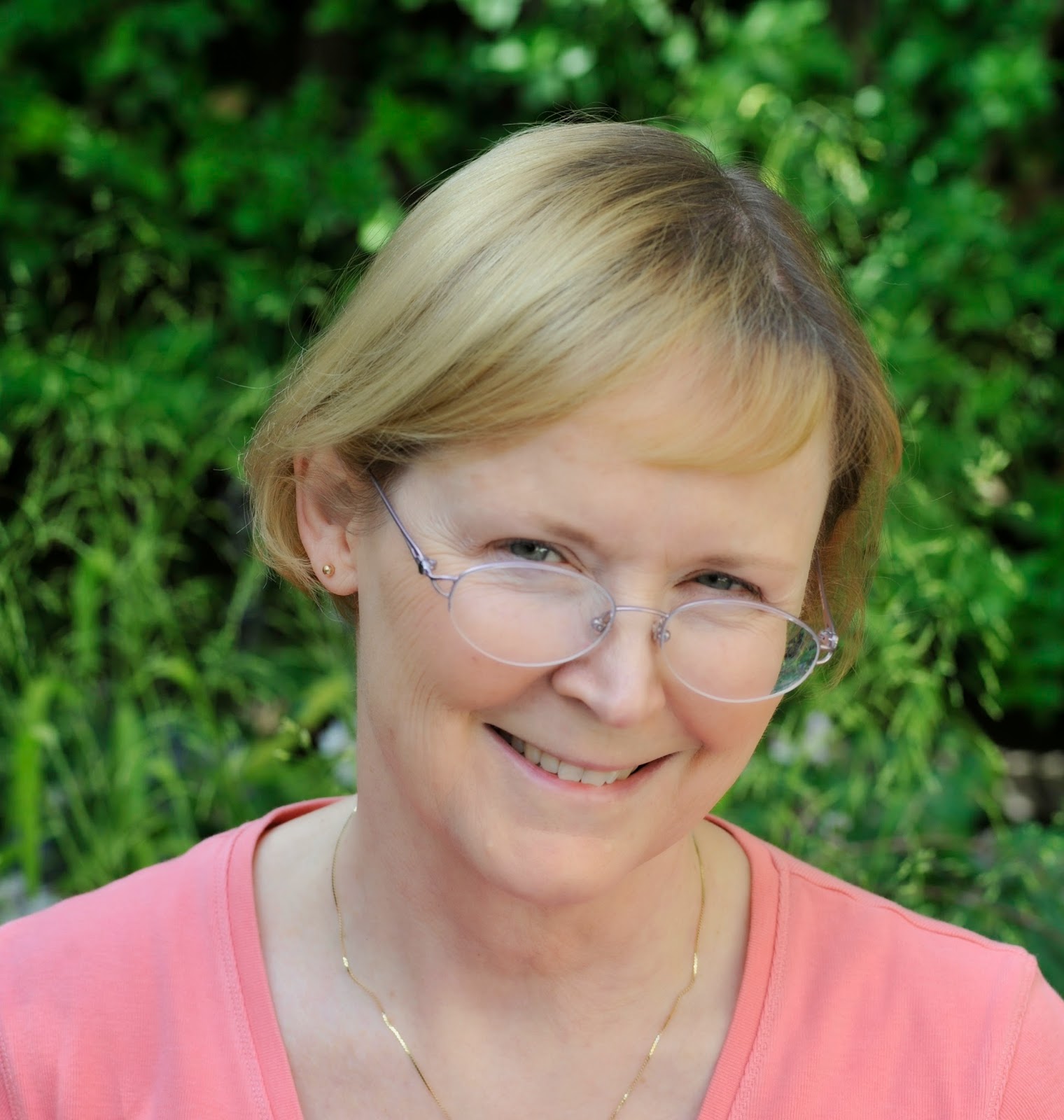 I interviewed Bobbie Darbyshire for the first time on Literascribe back in 2011, having met her at the Winchester Writers' Conference (here's the link and another link to part 2). She had already published two novels, Truth Games and Love, Revenge and Buttered Scones - I was interested in her experience with two smaller publishing companies, Cinnamon Press and Sandstone Press, and admired her commitment and energy when it came to hand-selling copies of her books. As she has just published a new novel, Oz, I'm delighted to welcome her back for my first author interview of 2015!


Your latest novel, Oz, has a very intriguing title – how did it come about?

The title came to me early because it reflects the story in three different ways. There’s a mystery character called Oz. One of the locations is Sydney, Australia. And thirdly, though it doesn’t matter at all if readers don’t notice this, the story also has echoes of The Wizard of Oz, not least in the contrast between Sydney’s glittering heat and London’s dreary grey winter.

This question may overlap with the previous one, but I’d love to know what sowed the seed of this story in your mind. 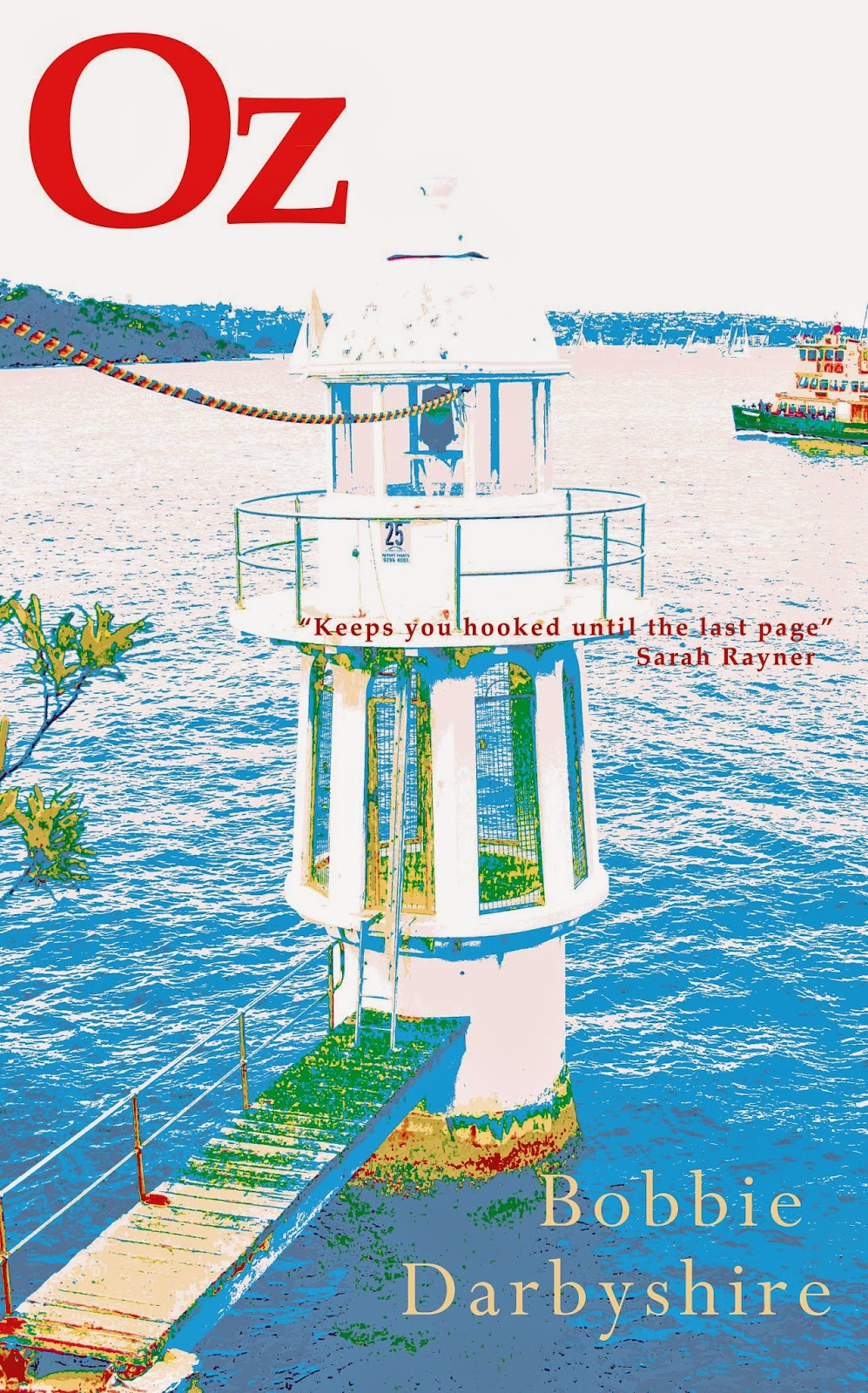 It grew from a short sentence, typed on a slip of paper that I drew from a box in a writing workshop. I went to several workshops at the Winchester Writers’ Festival 2007, and in this one Margaret Graham was illustrating the ‘zigzag method’ of constructing a story. ‘You start with a gleam in the eye,’ she said, ‘a newspaper headline or a line from a book. Then you ask yourself questions.’

The slip I drew from the box said, ‘The secret was all she had that was hers.’
Something clicked with me. I had no characters or location at first, just a notion of someone opening and reading an email addressed to their late mother, but I knew this was the germ of a novel I wanted to write. Initially, taking my cue from the slip of paper, I imagined the protagonist to be a woman, perhaps in her thirties. Only several months later did he turn out to be a 29-year-old man, and only then did I begin to discover who Mark Jonnson was and what his conflicts and dilemmas were.

I know that in your earlier novel, Love, Revenge & Buttered Scones, the Inverness setting played an important part. What led you to choose the locations in Oz and were there any particular challenges in making those choices?

The choice of Sydney came easily. I’d been determined to write about this fascinating and wonderful city ever since I’d spent three weeks there in 2001. While other tourists were clicking their camera shutters, I was constantly scribbling in a notebook, recording not just what I saw and heard, but my emotional responses, jetlag symptoms, etc.
For the contrasting London setting, I felt the urge to put my own locality on the page – Clapham Junction, Lavender Hill, the 77 bus ride from Tooting Broadway to the Hole in the Wall pub at Waterloo Station. I don’t live in the same streets as Mark’s mother, but I know those streets well.
The main challenge of course came with the Sydney location, because my story took me to places and times I hadn’t researched on my visit. I am hugely indebted to Australian friends who helped me with many evocative details, some crucial facts and with Aussie dialogue.

What did you most enjoy about writing Oz? And what did you find most frustrating?

The chapters from Mark’s mother’s point of view flowed most easily and needed the least rewriting; however strangely it wasn’t those that I enjoyed writing most. The best moments were when I finally, after many failed attempts, resolved something intractably frustrating! The characters of Mark, his wife Gina and their little daughter Matilda all caused me no end of grief. These elusive people grew incrementally from very patchy, scratchy beginnings, and it was wonderful when at last they blossomed into unique and complex human beings.
A final problem that had me stuck and stymied for months was the opening scene. I rewrote it dozens of times, and it never felt right. And then one of my alpha-readers said he didn’t really connect with the book until such-and-such a place, and I realised – in a fabulously enjoyable moment – that my overworked opening belonged, all but a few words, on the cutting room floor! Bang, jump forward. Straight in. Much better. Yay.

Many fiction writers develop a recognisable tone, style and subject matter, but your three novels are surprisingly different from each other: Truth Games takes a wry look at fidelity in the 1970s, Love, Revenge & Buttered Scones is surreally comic, and Oz is quite serious, even melancholic, though shot with humour. Do you feel these stories have anything in common with one another? Do you feel there is a ‘Bobbie Darbyshire’ type of story, approach or voice?

Readers tell me my books are recognisably from the same pen, but it’s hard to pin down why this is. I don’t think it’s ‘voice’ because I write from the close point of view of my characters and work at giving them distinctive voices, not my own. Maybe it’s structure and pace? I think hard about how to make the pages turn and always keep the story moving forward. What else? A filmic quality, the hopefully vivid part played by location? And all my books contain dark and light, comedy and tragedy; I particularly like the poignancy of sadness and humour combined. As to subject matter, my characters often have troubled, unresolved relationships with their parents; without my willing it, that seems to be a common thread!

Do you have plans for a fourth novel – and if so, will it be entirely different from your previous ones or will it have any similar characters, locations or themes?

I’m currently polishing the fourth, and yes, it is different again, but the common threads are still there. Humour and tragedy, paciness, vivid locations, dysfunctional parents. This one will be surreally comic again, but not a repeat of Love, Revenge & Buttered Scones. The humour is blacker, and the surrealism involves a rather alarming afterlife – one of the two protagonists is a ghost in a serious fix. The city this time is Brighton, another place I have roots in and a great big soft spot for.

I interviewed you on Literascribe a few years ago, when e-publishing was beginning to take off and the publishing industry was entering its ongoing phase of adjustment to self-publishing and to ebooks. At the time, you were able to hand-sell your books, very successfully, in bookshops such as Waterstones. What changes have you seen take place since then – and is it harder to bring your books to the attention of readers these days?

The short answer, sadly, is yes, it is much harder to bring my books to the attention of readers these days. Saturday signings in Waterstones were a wonderful way to introduce them to strangers, but in the last couple of years most Waterstones have discontinued them. I’m still welcomed back by a couple of lovely branches, and I hope a few more may reintroduce signings now their HQ is giving them more local discretion. Apart from being a significant boost to Waterstones’ sales, customers find chatting to an author in a high street book shop a real point of distinction from Amazon. Footfall has been lower because of Amazon, e-readers and the recession, but seems to be levelling out and even increasing a bit now.
What is your favourite piece of writing advice?

Work hard at keeping readers wanting to turn the next page. Books on screenwriting (e.g. by Christopher Vogler and Robert McKee) analyse how compelling stories work their magic, and their principles apply just as much to writing a gripping novel. Some reject this advice as formulaic, but so is the form of a sonnet; the challenge is to write originally within the form so the reader feels the poetry not the form. And even if you’re determined to break the principles of the storytelling craft, it helps to understand them first!
The four other top tips for improving as a writer are, one: write fearlessly – banish the worried ghost of your mother from your shoulder; two: write lots, rewrite lots, and rewrite again lots; three: get honest, tough feedback and open your ears and your mind to it; and four: read lots, keep reading lots, never stop reading.

Thank you so much for joining me again on Literascribe, Bobbie - I wish you every success with Oz!

More about Bobbie:
Bobbie Darbyshire’s third novel, Oz, just out, is getting an enthusiastic response from readers. Set in London and Sydney, it starts with a mystery – a young man uncovering secrets in his dead mother’s house – and it ends with a nail-biting tug-of-love for a little girl called Matilda, seven years old.
Bobbie’s earlier novels are Truth Games and Love, Revenge & Buttered Scones, and she is currently polishing a fourth. Winner of the 2008 fiction prize at the National Academy of Writing and the New Delta Review Creative Nonfiction Prize 2010, Bobbie has worked as barmaid, mushroom picker, film extra, maths coach, cabinet minister’s private secretary, care assistant and volunteer adult-literacy teacher, as well as in social research and government policy. She hosts a fortnightly writers’ group and lives in London.