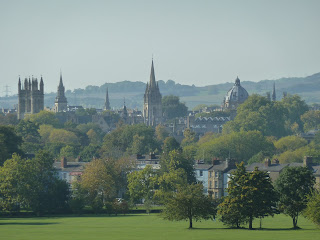 Welcome to the first of my posts on the HNS Conference of 2016, this time held in the glorious city of Oxford, last weekend.

Historical fiction has been on my mind all summer. I gave a lecture at the Oxford University Creative Writing Summer School at Exeter College at the start of August, the title of which was ‘Writing Historical Fiction: Spinning Fact into Fiction’. That was a title decided upon a very long time ago, so it was ironic to see on the HNS conference programme, that Tracy Chevalier would be talking about ‘Fact into Fiction: A Historical Novelist’s Relationship to the Past’ and Lord Melvyn Bragg’s speech would be ‘Now is the Time: Historical Fact or Fiction?’ 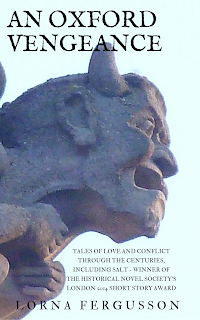 This highlights the constant concern debated in HF: the interface between fact and fiction, between what is known and what can be imagined. A couple of days before the conference opened, I published an ebook, An Oxford Vengeance, because I wanted to celebrate the privilege of living here, in a city where extraordinary facts jump out at you, crying out to be turned into fiction. Oxford has inspired writers for centuries and those who attended the conference could very well see why. Their eagerness to come here, their joy and fascination during their brief stay, served to remind me how incredibly lucky I am to be surrounded by such beauty and tradition in a location that oozes history from every pore.

The title story of An Oxford Vengeance straddles fact and fiction: in it I imagine what might have happened in the aftermath of the events of Chaucer’s ‘The Miller’s Tale’, one of the famous Canterbury Tales. He located it in Oxford, in Osney – so I set about researching the 14th century history and creating a darker set of consequences from the farcical scenario he relates. 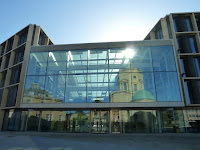 But, back to the conference! Friday afternoon saw willing helpers and members of the committee, who have been dedicating themselves to the preparation and smooth running of the event for many months now, gather at the Mathematics Institute to fill goody bags for delegates. The logistics of this operation were quite something and very well described in Nikki Fine’s post on the subject! Hundreds of bags were stacked against the wall, to vanish quickly during the course of that evening and the following day. 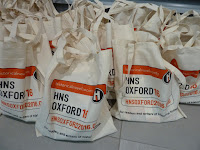 The conference proper got under way in the evening. Conference co-ordinator Carol McGrath welcomed Fay Weldon and Jo Baker to discuss The Big House Story. Fay wrote the first parts of Upstairs, Downstairs and Jo Baker wrote Longbourn, which focuses on the stories of the servants in the household of the Bennets of Pride and Prejudice fame.

They started with an analysis of the importance of servants – how, as Jo said, they were ‘the clockwork of the house’. Fay said that ‘The life downstairs is the real life’. They went on to discuss the paradoxical position of servants, able to eavesdrop and observe, but in some cases not even allowed to make eye contact with their employers. 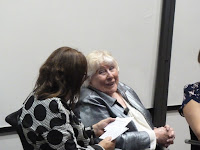 Broadening the discussion from the central topic, they discussed their writing practices and aims. Jo said she’d discovered she’d been writing a large part of her current work in progress in a stage of ‘indignation’ – ‘Indignation is a great thing’, Fay reassured her, before asserting that ‘You have to choose your characters to make your point and your novel has to have a point.’ When discussing historical fiction and the accuracy of research, Jo told us ‘If you become too mimetic you make it less accessible to a reader’, so there we are, at that interface between the actual and the imagined once more. 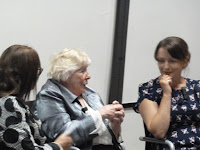 As for what counts as historical fiction, Jo claimed that ‘Books start to be historical when clothes count as vintage.’ That’s a goodly portion of my life turning into history, then …

The evening concluded with a wine and canapés reception. I’ll tell you all about the packed Saturday programme in my next post – in the meantime, enjoy the photos! 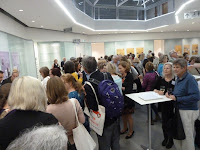 An Oxford Vengeance is available to buy on Amazon here and here. 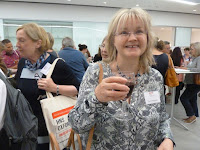 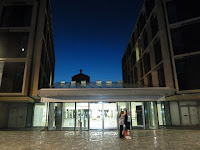 Details of the new season of my Fictionfire workshops, a day course and a retreat can be found here, and you can sign up for my Fictionfire newsletter - articles, recommended reads and resources, competitions and more.
Posted by Lorna F at 14:48

Thank you Lorna, enjoyed that - enough to whet the appetite!

I think the whole 'servants' issue is fascinating. My one time and now late mother-in-law was in service and from her I learnt that it had a heirarchy of its own: as housekeeper in a large establishnment, she had her own servants! Alas when I knew her I was too young and didn't listen as keenly as I might, did not appreciate what a resource she was.

Glad you enjoyed it, Teresa! My grandmother was in service briefly in her youth and like you I didn't listen to her anecdotes. Regret that now.

Great post, Lorna, and it was lovely working with you on the committee. Look forward to the other post(s?).

Thank you Lorna. Even though I guided all that and sent them ideas in advance I was so involved in it I could not remember all those points made. It really was an honour for me. I think they both said very interesting things.

I can't wait for the next one.

Thank you, Anita and Carol - the second post is up now!