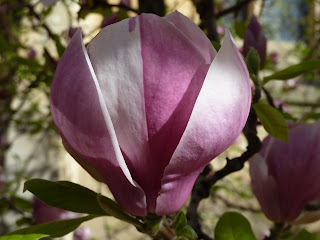 I'm following up my last blogpost with a review of the other events I attended at the recent Oxford Literary Festival, starting with a panel discussion at Corpus Christi called 'Publishing Futures'. I went along to this because I was interested in what people at the ink-face had to say about the current state of publishing and in particular the debate about e-publishing and self-publishing in relation to traditional print publishing. The panel included Marcus du Sautoy, who revels in the title of Charles Simonyi Professor for the Public Understanding of Science, and Cathy Galvin, Deputy Editor of The Sunday Times Magazine. It was due to include Victoria Barnsley, Chief Executive of Harper Collins - and she was my main reason for attending. Ironic, then, that she wasn't there: she'd been 'called away to New York' urgently. Hmn.

The agent Felicity Bryan took her place: her agency here in Oxford has a very good reputation, and represents a number of significant authors - non-fiction, fiction, children's writers. In her introductory talk, she described how publishers have been having sessions with agents where they explain their vision and their plans with regard to e-publishing - and most importantly, the issue of digital rights. I felt she'd been both open and proactive in terms of seeing the possibilities for her clients - she'd been selling apps for people like the science writer Marcus Chown, for instance. Indeed, his app on the solar system is on its way to becoming a book - so the digital highway can be a two-way street. She described how publishers are very keen that writers should make themselves appealing on the internet. Cathy Galvin was interesting but I have to say that everything she said seemed to lead to the notion that we should all be signing up for the Sunday Times online, and particularly on iPad. Hmn again. She said that News International is not a print company but a media company nowadays - and referring back to Felicity's opinions, it seems to me that we writers, whether represented or not, whether traditionally published or not, need to see ourselves as little media furnaces, generating heat and light whenever we can. We need to write, to promote, to interact through social media, we need to see the possibilities of new forms and new markets and be open to them. 'Only connect,' E. M. Forster famously said - never was this more true.

Marcus du Sautoy was the most entertaining person on the panel - you know, the sort of speaker you would like to invite to dinner if only to continue the friendly, bantering, fascinating dialogue. He feels that e-books haven't really fulfilled their potential yet: he'd like to see publishers becoming even more adventurous with them. He feels that authors haven't really grasped the opportunities yet either.

At the end, there were questions from the floor. My hand shot up at every available opportunity - but I was not heeded, alas. All the more galling, isn't it, when you want to ask something and somebody else has been picked and either drones their way through a self-evident observation, or stymies the speaker with a question which is utterly barking-mad (and it always happens, doesn't it?)

What did I want to ask? Well, first the question of royalties on e-books. Currently publishers offer pretty low rates - and if you publish yourself to Kindle, for example, you can take a much larger proportion of the profit. So, given that you're being asked to network, to promote yourself, to involve yourself to a huge degree in the success of your work, what is it that publishers currently offer us that's so good? If Victoria Barnsley had been there I would have loved to have heard a reply. Also, given how incredibly long the process of approaching agents and publishers and then getting your book out to the public can be, many self-publishers are opting for the DIY route simply to speed things up. Self-publishing still carries the aura of desperation about it, let's not beat about the bush - but not nearly so much as before. Yes, people self-publish because they can't get agents/publishers to take them on, but there are now so many other reasons, and debate about this issue is hot, hot, hot. Self-publishing offers control over your work and its presentation, the possiblity of direct profit from your work, the chance to create for yourself your own loyal readership, and all without having to grow grey hairs while you wait! I wanted to ask, given the recent famous examples of people like Amanda Hocking, where writers get their work out there, establish their readership and then opt for traditional publishing deals, what the panel - and in particular Felicity Bryan - felt about a writer who approached them after self-publishing. I did speak to her afterwards and she was friendly but I didn't feel very much the wiser.


Publishing companies will of course say that they can take the burdens of creating the book as tangible product and marketing it off your shoulders. They have clout with booksellers. (Hmn for the third time ... ?) They understand the market in a way that you don't. They have connections.

But I really do think they need to consider, during this bewildering transitional phase, when chain bookstores struggle, when the Little Guy can wield his own megaphone pretty damn effectively, when online sales are directly possible between writer and buyer, where social networking can create a cosy sense of trust and intimacy between creator and consumer, when writers increasingly want two crucial things - Control and Speed - publishers, the big guys anyway, should think about wooing those who deliver the Product. Otherwise, as that choice modern term has it, they run the risk of being 'disintermediated.'

Phew. I think there will have to be a Part 3 to this blog report!

BOOKING CLOSES midday Friday 6th May for my fictionfire course Essential Story Construction on 7th May. All details of this course and Creating Narrative Perspective and Voice on 21st May are to be found on my website www.fictionfire.co.uk
Posted by Lorna F at 14:03