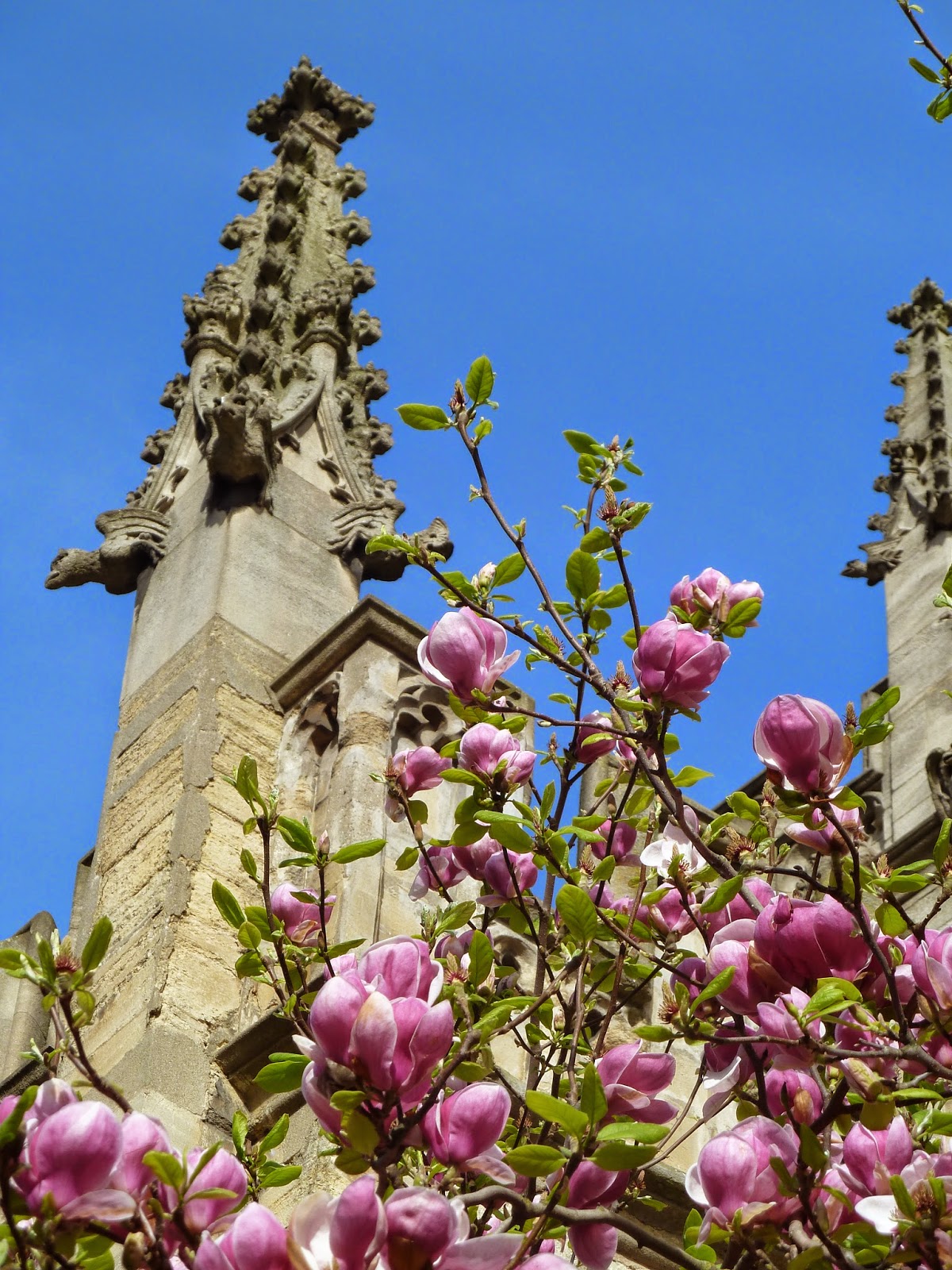 Spring in Oxford, always heralded by the magnolia trees coming into bloom by the church of St Mary the Virgin and outside Hertford College. It’s also time for the Oxford Literary Festival, sponsored this year by the Financial Times Weekend. I was delighted to see that the Festival had a focal point for its activities once more: Blackwell’s Marquee stood between the Bodleian, the Sheldonian Theatre and the Clarendon building. In past years the marquee was located at Christ Church, the other main location for events – but placing it by the Sheldonian meant that the stalwart Blackwell’s Bookshop staff only needed to scurry across the road from their brilliant shop on Broad Street, when restocking laden shelves and tables.

It was in the Marquee that I attended my first event, after I’d taught an Undergraduate Diploma in Creative Writing class on the first Sunday morning of the festival. Blackwell’s organises free talks, so I wandered down from Rewley House to the festival tent, to listen to a presentation by Andrea Palisca, product manager at Nook, Barnes and Noble’s tablet reader which competes with the Kindle and the Kobo readers. They are now launching a self-publishing facility in Britain and Europe. As I’ve already published The Chase on Kindle and Kobo, I was very interested to hear about the Nook plans. It looks as if their interface is easy to use so I will very probably publish The Chase there too. Ease of upload and publication is one thing - discoverability, of course, is another! 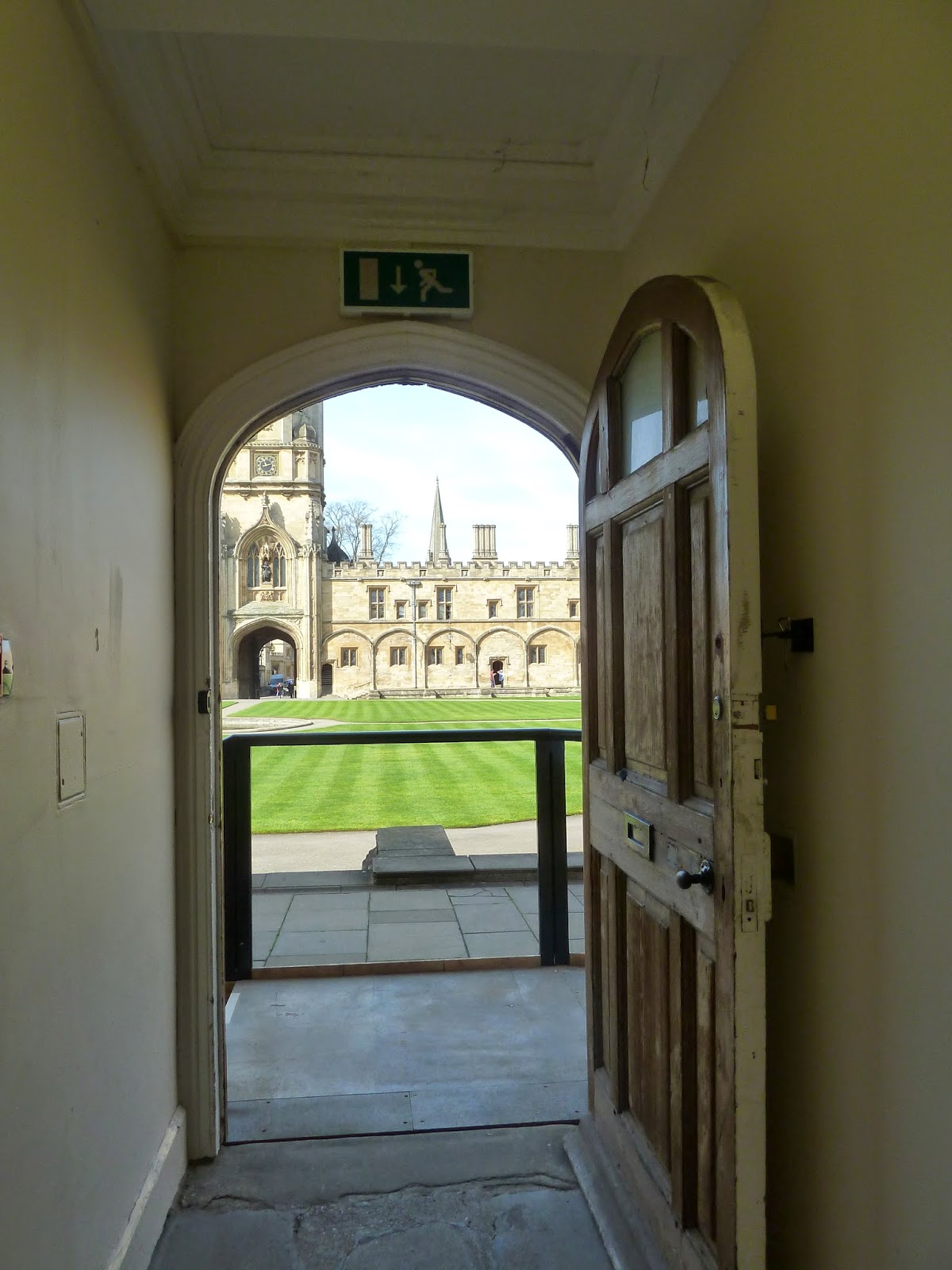 Continuing the self-publishing theme, I attended a talk on Wednesday 26th at Christ Church, given by Simon Stokes of Blake Lapthorn, titled ‘Authors, Self-publishing and Ebooks: Promises and Pitfalls’, which just about describes it! His advice on examining contracts, his explanation of copyright, his discussion of moral rights, of piracy, of the risks of defamation – all of these issues were clearly and knowledgeably covered. The question and answer session, though, revealed that many are still unclear about the processes of self-publishing, or the benefits as opposed to the risks. One audience member had been told by an agent not to go with Amazon as ‘They’re rubbish and will take all your money’, no agent-on-the-ropes bias there, then! One thing Simon Stokes emphasized and I totally agree is that as a publisher you are buying services and ‘caveat emptor’ should be your watch-phrase. Check what you’re committing yourself to and check what rights you’re granting and what, in turn, the service provider will give you. (If you’re interested in self-publishing explore what the Alliance of Independent Authors can offer you in terms of advice and support – click on the button in the sidebar of this blog).

I’ll be talking more about publishing next week, because I’ll be at the London Book Fair. (I’m also running a day course in how to publish and market your own book, on May 11th – see www.fictionfire.co.uk/page6.htm for details).

That Wednesday evening, I attended an event where I didn’t have to think of taking notes, but of hearing them. In the glorious surroundings of the Sheldonian Theatre, Philip Pullman, in conversation with Paul Blezard, discussed his selection of favourite music – and that music was played by the Orchestra of St John’s with pianist Maki Sekiya, soprano Hannah Davey and tenor Pablo Strong. It was like Desert Island Discs, the live version, and it was quite wonderful. Some of the music was familiar – an aria from The Marriage of Figaro, Schubert’s An Silvia – but other pieces less so. My favourite on the night was the second movement from Shostakovich’s Piano Concerto No. 2, closely followed by the swoony liquid sway of Debussy’s En Bateau and the aforesaid Schubert song.

I attended with friends and we all found ourselves hoping that this is a format that the Festival might consider making an annual feature. 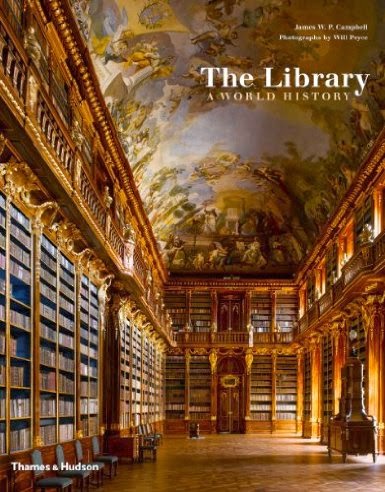 More utter self-indulgence followed on Friday morning. Location – the Bodleian’s Divinity Schools, with golden stone fan-vaulting overhead and history in every nano-particle of the edifice and the Sheldonian looming beyond the arched windows (have I ever mentioned how much I love living in Oxford?!). Add to this a talk, wittily delivered by James Campbell, ‘The Library: Great Buildings of the World’. The audience oohed and aahed, slavering with the desire to work in the marvellous libraries he showed us, from the ancient to the medieval to the florid rococo to the sleekly modern; from Ephesus to Oxford, from New York to Korea, with panelling, carving, lecterns and benches, galleries and graduated shelving; from scrolls to codexes, chained books to fork-lift trucks in bookstacks, from inch-long vermin-devouring bats in Coimbra to translucent marble panels filtering the light in Yale. He talked of the difficulty of accessing certain libraries and the often challenging conditions in which the stunning photographs were taken. He stressed the importance of libraries (though he was preaching to the converted, of course) and how we risk losing these spaces for dreaming and contemplation.

I emerged sated with bibliophilic joy – the only one I hadn’t liked the look of was the black library in Utrecht: glossy, noir with flashes of red, and utterly soul-destroying, to my mind. Give me Merton or Duke Humphrey’s – I’m old-fashioned like that.

Later on Friday I was due to hear novelists Essie Fox and Wendy Wallace discuss ‘The English and the Exotic’. I’d just finished Essie’s lush and atmospheric The Goddess and the Thief which makes marvellous use of its Indian settings and Indian mythology and I look forward to reading Wendy's The Sacred River. However, horrendous logistical problems meant the writers couldn’t reach the venue in time, so Lucy Atkins, who had been going to interview them, held the fort: she discussed her own book, The Missing One, then publishing and writing topics in general with Wendy’s editor, Jessica.

Finally, an extra Short Stories Aloud event on Saturday, with stories by Phil Klay and Emma Jane Unsworth, rounded off my Literary Festival week, in the Marquee once more.

If you love the notion of visiting Oxford in the spring why not attend one of my Fictionfire Day Courses at Trinity College? The next courses are: Get Inspired and Stay Inspired, May 10th and How to Publish and Market your Book, May 11th. Visit www.fictionfire.co.uk/page6.htm for details and how to book.

Next on Literascribe, a fascinating interview with Katherine Clements, whose exciting The Crimson Ribbon, set during the English Civil War, was published last week.
Posted by Lorna F at 15:44