Testament of Friendship and Loss 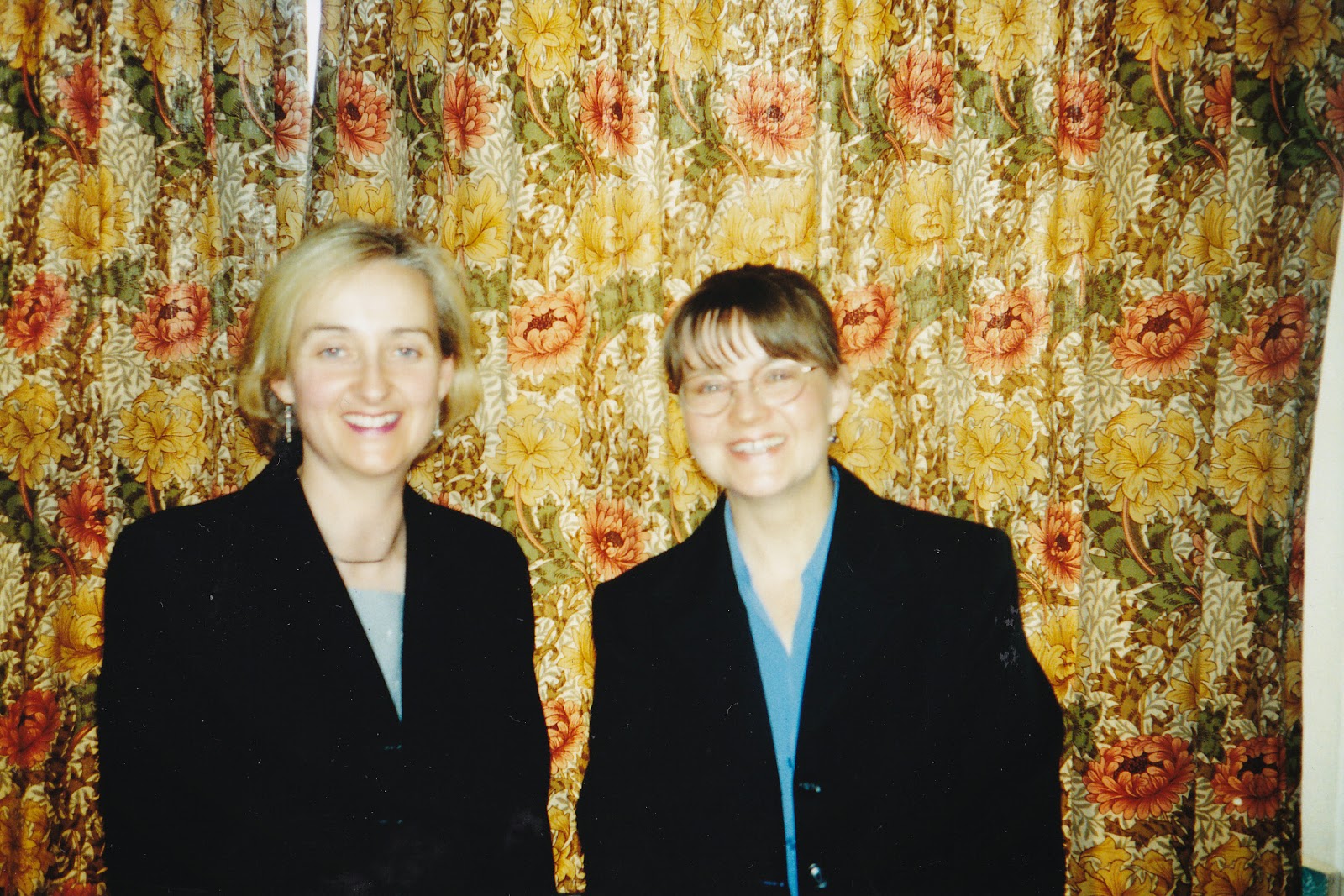 January: you spar with resolutions to turn your life around. You fall for the notion that at the turn of the year you can flick a switch and be remade. You can put things behind you and move on into a bright new future.

Time is also a net, though. It traps and holds you, even while you poke your reaching hands out through its mesh. It’s a boomerang, rapping you on the temple, bouncing you back to your roots.

So, this is a very personal post, this January. For many years I’ve dreaded this time of year because of huge personal loss. Now, I have even more reason. A year ago (the day after, ironically, the other dark anniversary) my friend walked out of her life. Out of all our lives. We didn’t know that then – we only knew she’d gone missing. For nine weeks of hoping but dreading, that was all we knew for sure. Then she was found. Two weeks after that, we attended her funeral.

So, on this anniversary of her leaving us, I want to write about my friendship with her and what it meant to me.

There are junctures in your life when it really matters who you meet. University is one of these: it’s a crucible for forging deep and binding friendships. There are experiences shared there which are different from those of later life. You are searching for yourself, for who you are – and in that search you find yourself by ‘trying on’ friendships. Some fit only for a season, then the fashion passes. Some fit for a lifetime and never wear out. 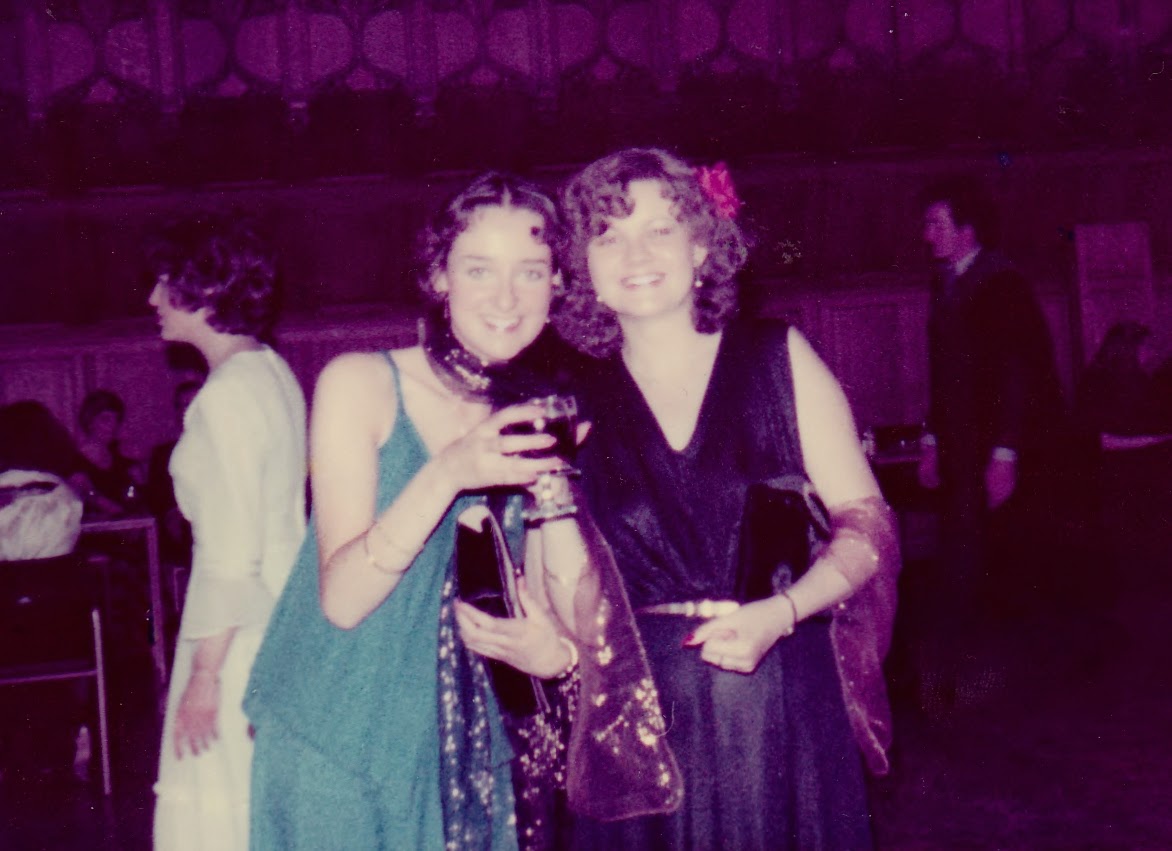 I met Susan at Aberdeen University in the mid-1970s; we became close as we progressed through a demanding and exciting four year MA in English Language and Literature. I specialised in medieval literature, she specialised in linguistics. We were typical students – we’d drink and dance at the Students’ Union, where Susan would endeavour to save me from yet another inappropriate romantic obsession. We’d scoot out of the library after all of forty five minutes of work, to sit for hours in King’s Pavilion, drinking coffee and bemoaning our heavy work-load. I mean, three long essays in a term! Count them! Three!

In 1979 we sat for the last time in the exam room in Elphinstone Hall. That last exam was Old Norse. When we turned the paper over we looked up at each other and smiled, because it was a good paper. A couple of hours later we were sitting in a nearby pub where old men nursed their pints and young men argued about football. We two, fresh from the world of the sagas, shell-shocked, realising that had been our final Final paper.

We had the rest of our lives to look forward to. Unknown territory. Scary. 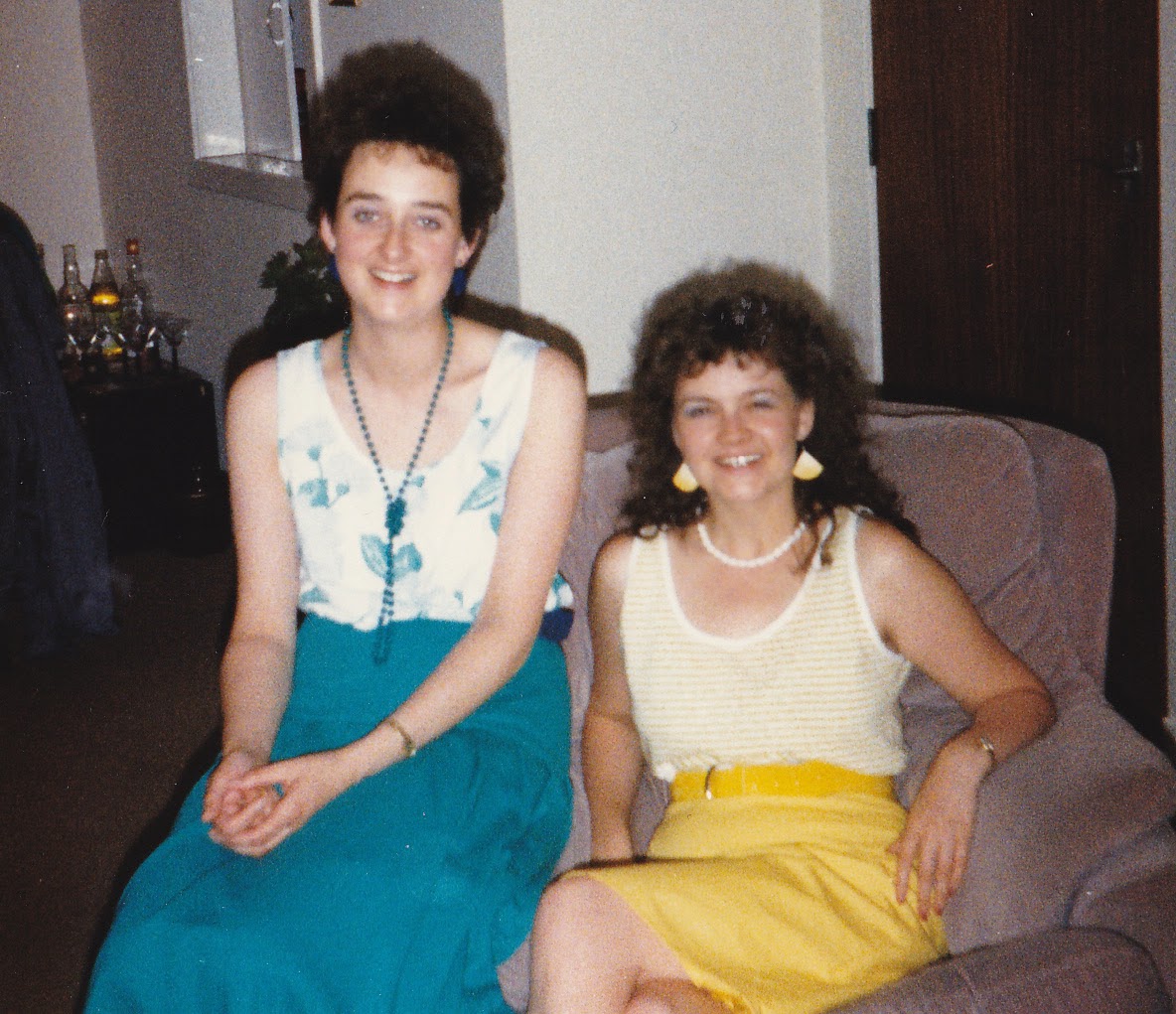 Life took us on separate paths. Susan studied librarianship at Aberystwyth, then settled in Dundee. I had a tough year in Aberdeen before moving to Oxford. I visited her in Dundee at the start of 1982, when the temperature went down to minus 25 and the air came into your lungs like a stiletto – we went to a local health centre for a sauna just to thaw out. In 1983 I attended her very lovely wedding and cried to listen to her father’s speech about her, full of love and pride.

She visited Oxford, of course, both before and after her marriage, and we met up in the Dordogne when she and her husband were holidaying near where we were. Later, Susan and I were pregnant at the same time. I could go on, listing the meetings which grew more sporadic as the years went by and our lives were full of the business of living. 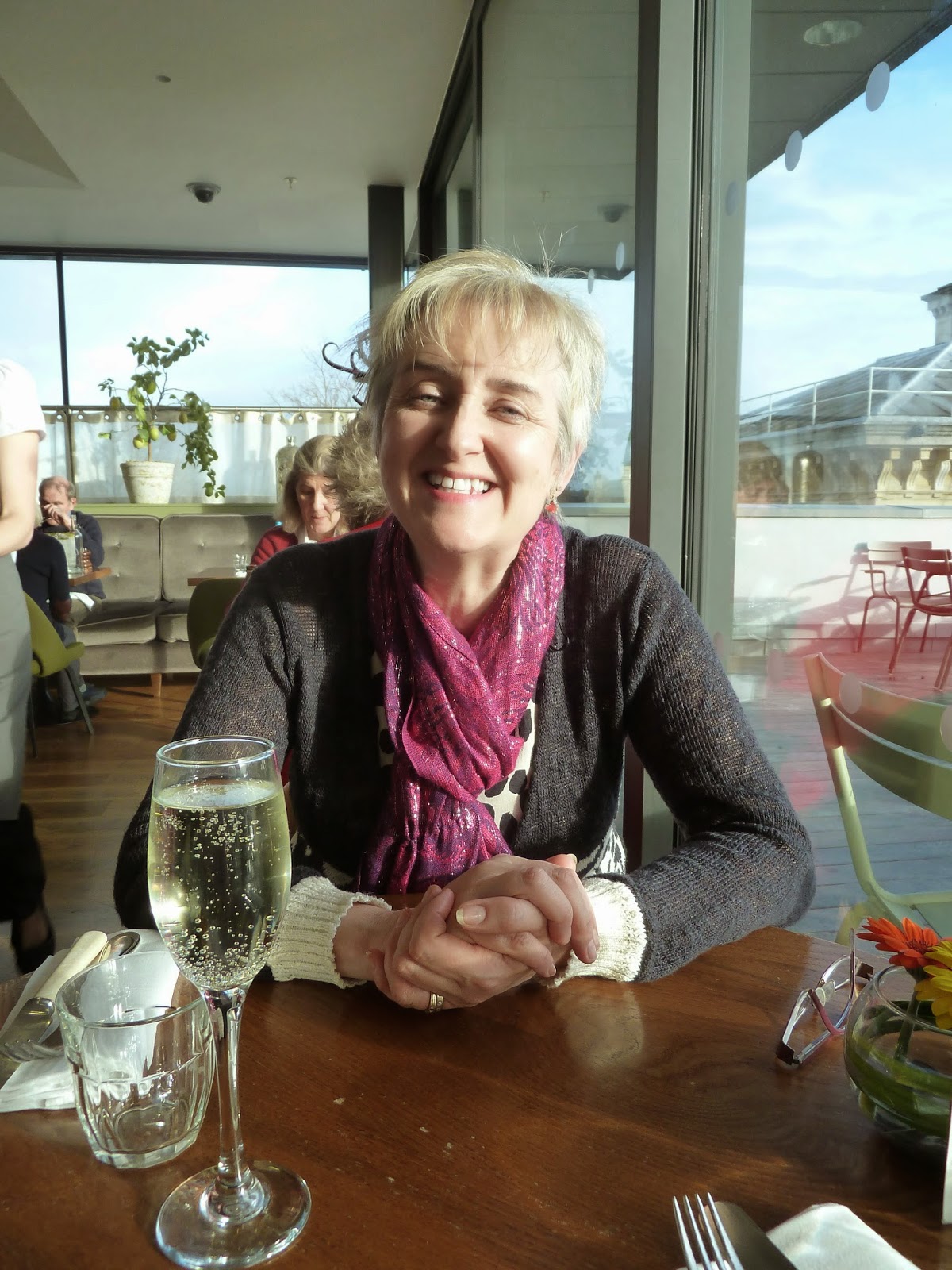 On her last visit to Oxford we had a long giggly lunch at the Ashmolean, reminiscing about our past, as old friends do. We listened to the choir in Merton College singing for Advent and that entranced her. It was in the Ashmolean that I took the photo of her, full of joy, which was to gaze out at me so poignantly from Facebook timelines and news reports during the time she was missing.

I knew, of course, that the strains in her life were affecting her and that darkness hovered. Yet I underestimated the risk because after a phase of non-communication she’d come back into the light and be Susan still. Her pain, though, became a den into which she withdrew. None of us could accompany her there. None of us could take her by the hand and lead her out, like Eurydice returning from the underworld.

Now that she has been gone for a year, I want to say something that captures what she was. I don’t think I can. Four hundred people came to her funeral. That says something about her. She was – and here’s the irony – a joy. A joyous person. She was empathic, gossipy, acerbic, warm. We shared a love of books, it goes without saying. We shared those moments of finding your way in the world. She understood me and thought more of me than I deserved. 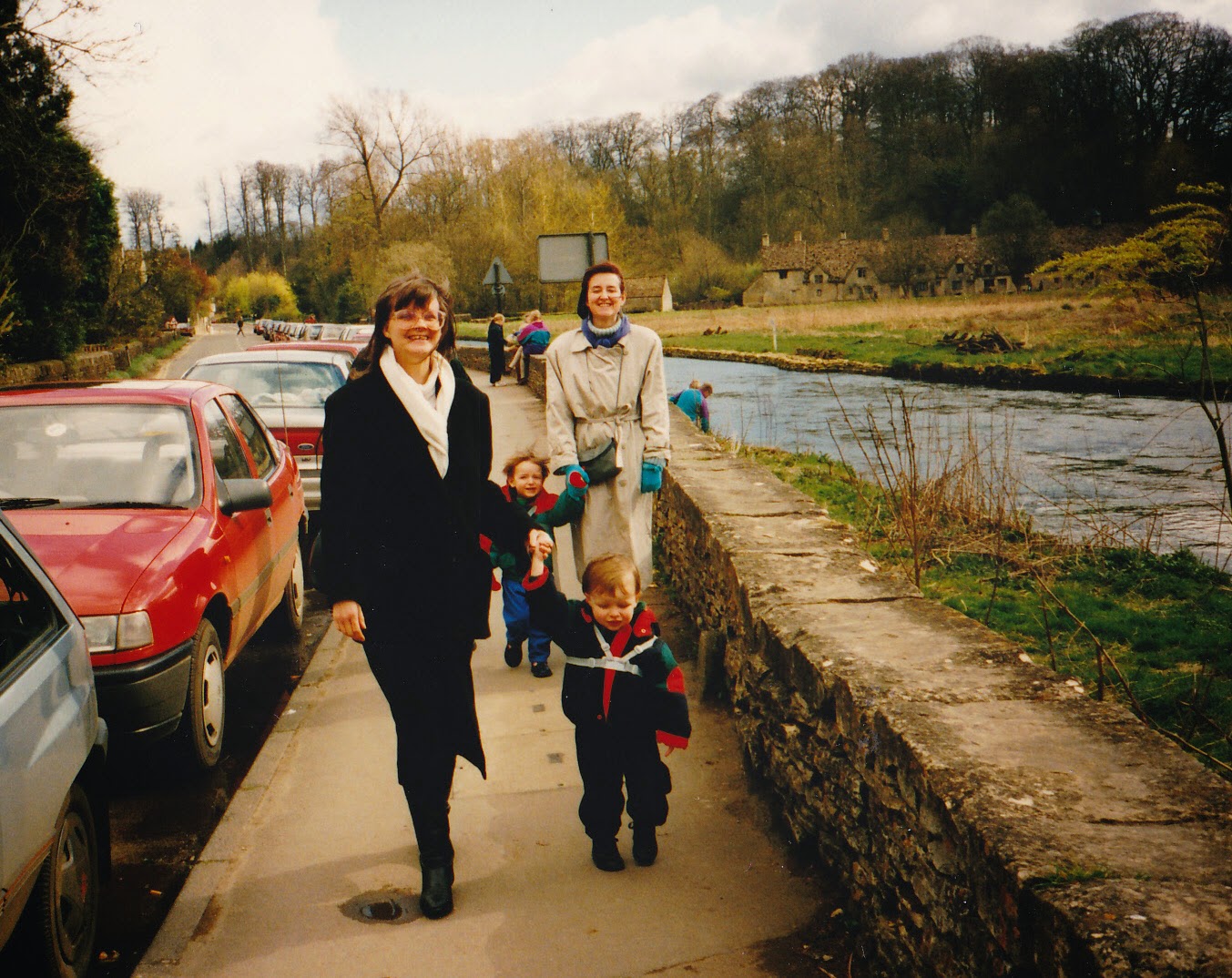 She had a quick wit and a sentimental streak. Her laugh was unrestrained and irresistible. She was devoted to her parents, to her man, to her boy. She never failed in her love and her protectiveness. She learned to fight against the unyielding system, fight for her husband when he could no longer fight for himself. She endured the strain, she found religious faith, she drew love to her everywhere she went, she spread ripples of worry and grief when she left all our lives.

She was beautiful and utterly feminine. Four hundred miles apart, we would often buy the same scarf, the same necklace. It was a joy to buy a gift for her and it breaks my heart that I never will again.

Last year, her loss wasn’t the last loss. My dear brother-in-law abruptly left this life too, and there is a different sort of devastation involved in that. 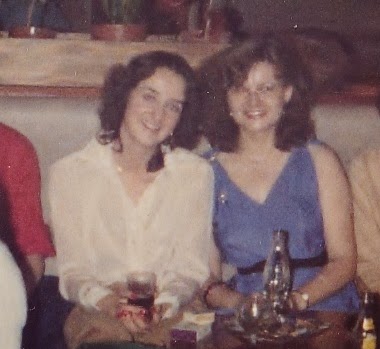 My responses to Susan’s death have been complex, riddled with guilt and bewilderment, for hers was a chosen departure. We can understand that choice but feel mangled by it, for we knew her value and the value of her life. All bereavement involves selfishness – ‘What about me?’ we cry. ‘How could you leave me?’

How, though, feeling as she did, could she stay?


Since her death, white feathers have floated onto my path, in through my window. I’m not airy-fairy in my beliefs, but still, I gather and keep them. Keep sending those feathers for me, dear friend. Keep forgiving me for not being aware enough. The black dog has growled at my door before. I should have known he was on your trail and hunting you down.
Posted by Lorna F at 16:31

Thank you so much, Mary.